10 Northern Ghanaian Musicians You Should Listen To 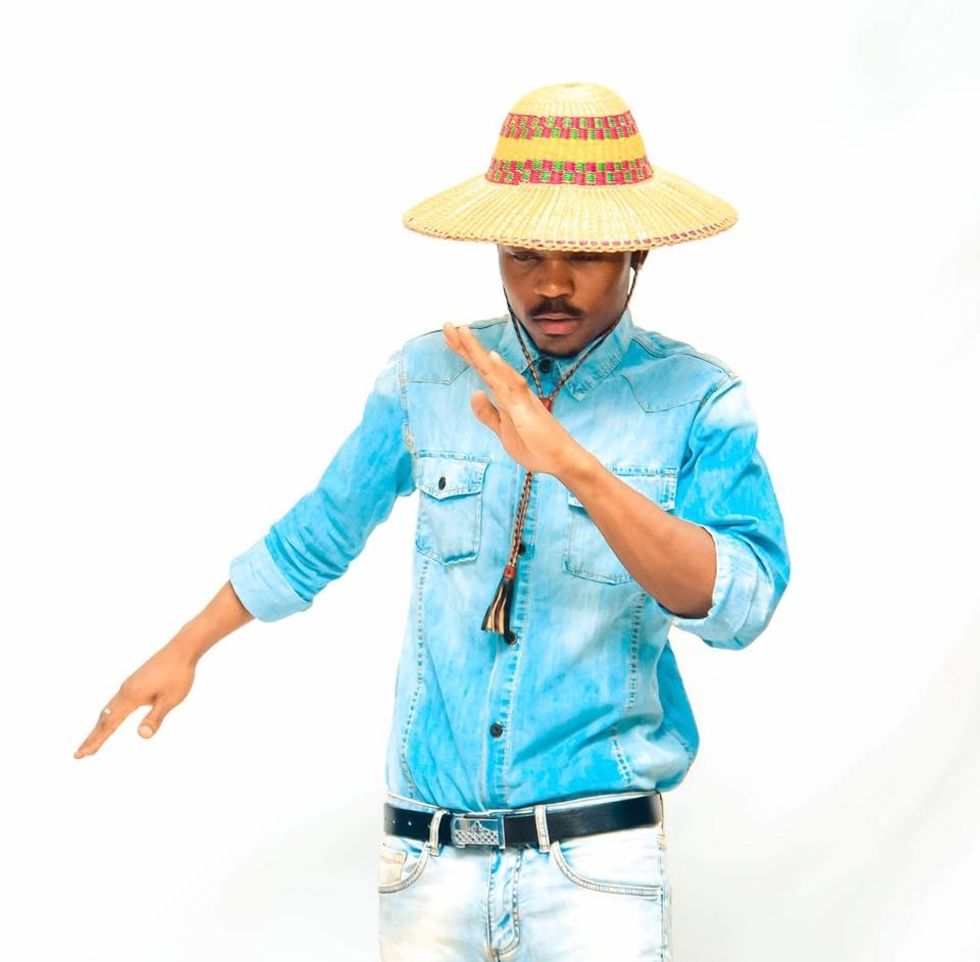 Though decades old, the contemporary music scene in the Northern Region of Ghana is more vibrant than ever.

The reasons for its growth can be chalked up to the use of new social media, the growth of a myriad of genres, artist-fan relations, the marketing strategies employed by musicians in the area and the incredible work of managers, producers, directors and sound engineers.

Tamale, the Northern Region's capital, is increasingly positioning itself as the nation's music hub with musicians producing show-stopping performances at their concerts at the Aliu Mahama Sports Stadium. These concerts, and their impressive fan turn outs, have drawn attention to the region's entertainment industry.

The special relationship Tamale-based musicians have with their fans has gotten noticed by Southern-based, internationally known artists like Sarkodie, Shatta Wale, Samini, and Stonebwoy.

While most Ghanaians' knowledge about this Northern industry ends with Fancy Gadam and Maccasio, there are several uncelebrated and talented artists who give the industry its vibrancy and diversity. The current crop of musicians, who come from varying backgrounds, redefine tradition by demonstrating that music is not a preserve of the griots as has been perceived for generations.

Let's take a look at some of the region's musicians who straddle various genres such as afropop and hiplife, as well as paradigm-shifting genres that have yet to be named and defined.

Read ahead to discover 10 Northern Ghanaian Musicians You Should Listen To.

Fancy Gadam has gradually become a household name in Ghana since his big win in the Best New Artist category at the Ghana Music Awards in 2017. Though Fancy has been doing music for several years now, he was mainly known in his home region. His win at the Ghana Music Awards was largely pushed by the marketing and branding skills of his management team, his multilingual skills (fluency in English, Dagbanli and Hausa), his eye-catching dance moves and a large fan base affectionately called Gadam Nation.

Fancy Gadam is by far one of the biggest breakout stars to command such a huge fan base. He sells out the Aliu Mahama Sports Stadium for his concerts. He's also been tapped as one of the favorites for the much-coveted Artist of the Year award at this year's Ghana Music Awards. His recent single, "Total Cheat," which features Sarkodie is a national hit, while Fancy's collaboration with Nigeria's Patoranking on "Customer" shows he's well on his way to becoming a global musical sensation. His slogan Ti ku za mi, ti bi johira, Dagbanli for "we stand upright, we do not falter" is the motto his Gadam Nation fans swear by.

Maccasio is one of the Northern Region's biggest artists—and he's quickly gaining national popularity. The musician, who's known for keeping the region's rap scene alive, won the Social Media Personality award at the People's Celebrity Awards in December 2017. He's expected to follow in the steps of Fancy Gadam by bringing home the Best New Artist award at the Ghana Music Awards this year.

Macca is known for organizing Zola Street Carnivals during festive seasons such as the Muslim Eid celebrations in the region. He recently released his "Thank You" song to express appreciation for the support his 69 fans have shown him throughout his music career. His track "Ninsala," which endeared him to people across demographics drew an even newer crop of fans to his camp. He's collaborated with Kofi Kinaata, Shatta Wale, and Mugeez of R2Bees. Macca's ability to navigate the socio-cultural and religious dynamics of the Northern Region has made him one of the hottest musicians in the industry. He's held successful concerts in Accra and in towns across the Ashanti, Northern, Upper East and Upper West Regions of the country. His just released new single, "Dagomba Girl" song featuring Mugeez has been warmly received by fans across Ghana and beyond.

Diva One's been on the music scene for close to five years now and is now one of the leading female vocalists in the region. Though there have been very few young emale musicians in Tamale, she holds her own by drawing hordes of fans with her infectious dancehall style. She's collaborated with several artists across genres within the region.

The Dancehall Queen of the North's hit single, "Pressure," with Fancy Gadam remains a fan favorite. Among her other hit songs are "Everything Nice," which she worked on with Maccasio and her single, "Blow Dance." Her recent track that fans can't get enough of is "Ti Zang Ba Vaaguugi" which translates as "we take them run" in Ghanaian Pidgin English—it's yet another showcase of her versatility. Her vibrant personality is reflected in her stage-craft and the lyrical content. Diva One's expressed admiration for artists in the Ghanaian music scene such as Shatta Wale, Ebony, MzVee and Tiffany.

Dabba Lamaley's been a professional musician for seven years now. He describes himself as an all-around artist who dabbles in all musical genres. Lamaley, who has three albums to his name, utilizes music to educate people about Dagbaŋ ethnic identity issues. According to the musician, his lyrics are crafted around bringing back memories of ethnic identity that he believes may be dying out.

He sees his music career as a project to educate young people by reviving linguistic slang and cultural icons that he believes are fading from the conversation. Through songs like "Naabaala, Zamzam Kom" and "Tora" he recreates and reimagines cultural mythologies associated with the Dagbamba. Dabba Lamaley masterfully weaves identity politics into themes of love and interpersonal relationships. He finds inspiration in the work of Ghanaian musician, Edem.

Don Sigli, who released his first album in 2008, is loved dearly by fans regardless of age and gender. His fans connect and relate deeply with his songs like "Wunpini, Nasara," "De Jahama" and "Abi You Wan Go." Don Sigli's music explores varying topics such as love, everyday life and religiosity. Though he calls his music highlife, he emphasizes that he adjusts his music style with the changing times to stay relevant in the industry, and to examine the extent to which he can stretch his musical talents. He's worked with known Ghanaian musicians like Mugeez and Edem.

Don Sigli's related to Northern music pioneer Sheriff Ghale. He mentions that having family members who were already in the music industry inspired him to work hard to carve a niche for himself in the music landscape. The singer combines his career with education, a model that has shaped him into the dynamic performer and musician that he is today.

Sister Zet holds her own in the ever-changing music industry with a style inspired by the work of early musician and filmmaker, Ahmed Adam, popularly known as Mr. Razak. She has 2 albums to her name, Ninsala Suhu Yubu and Engaged, and has become a surprising fan favorite since worked out her fine stage craft. Sister Zet works in genres such as reggae, dancehall and highlife. She's known for hits such as "Poga Nye Yela" and "Yaadema." She recently thrilled fans with her eclectic performance at the Gadam Nation Concert in the Bukom Arena in Accra last November and is currently getting ready for her Mama Africa album launching on January 20 in Tamale.

This Nigerian-born singer has found a home in Ghana's Northern music industry. One 9ra's experiences in Southeastern Nigerian and Northern Ghanaian cultures position him strategically to draw from both cultures to produce sensational hit songs. He comfortably combines Nigerian Pidgin English and Dagbanli to produce a multicultural musical blend. One 9ra considers Tamale his second home and has an amiable relationship with the several artists he has worked with.

His love for the region has earned him the name, Son of the North, which doubles as the name of his recent album. His collaborations with Nandos the Dagbandoo, Fancy Gadam, and Dobble Tee among others, have produced genre-defying sounds that the musician describes as magical. Hit songs like "Today be Today," "Paɣa Dede," "In Sha Allah," and "I Swear" have positioned him as one of the most sought-after artists for musical collaborations in the region. His management team is currently working on pushing his music in Nigeria and building a solid fan base in his home country. One 9ra's expressed admiration for Ghanaian artists like Obrafour, Sarkodie, Efya and Nigerian music giant, Tiwa Savage. The singer, originally from Imo State in Nigeria, has a 2-year plan to become a household name in Africa. His dual national and multicultural position might be just the thing to propel him to continental fame.

Double Tee, the unapologetically blunt rapper, who's recently been described by critics as the third force in Northern music after Maccasio and Fancy Gadam, is gradually becoming a household name. He's known for a down-to-earth and blunt lyrical style that recently got tongues wagging when he staged his New Guy concert in Tamale in 2017. The controversial artist has won fans across the region with hit songs like "Nzo Issah," "Sol Lana," "New Guy," and "Ah Yi" among others.

His reflection on flopped shows in the region in his song "Ka Di Puli" has not only made him one of the most loved rappers but has established him as an unstoppable force. "Ka Di Puli" has become more than just a song since it has gradually wormed its way into linguistic slang used in the region. Double Tee's musical style has earned him the accolade of hard-truth teller in the industry. Soon, he hopes to build a brand that is known and appreciated across the continent.

Vizion, who describes himself as an all-round artist, is one of the leading vocalists in the Northern Region. His just released "Number 1" single demonstrates his superior vocal skills. He's known for hit songs like "Kpalongo," "Bintulli" and "Doo Bi Lura" and has worked with industry artists like Don Sigli and Maccasio.

Vizion describes his creative process as unbridled, which enables him to explore to the fullest. He finds inspiration in the work of musicians like Wizkid. With a recent change in his management team, he hopes to produce hits that will propel him to national fame.

Nandos the Dagbandoo, who has been making music for four years now, has gradually made a name for himself as a rapper who appeals to all demographics with his gripping lyrical content and stage performances. The genre-bending rapper takes an experimental approach to his music as he blends traditional instruments like the gonje and drums with contemporary beats.

'The Real Rap King,' as he's nicknamed, has hit songs that include "Industry," "Doo Yaani," and "Ja Kun Kun Ja," and says that his single "Dagbandoo" remains a fan favorite since it propelled him to the top of the music scene. According to Nandos, he got citations from radio stations and gifts from chiefs in the region for the song. "Dagbandoo" celebrates Dagbaŋ culture and tradition by highlighting important historic moments in the Dagbaŋ Kingdom from a male perspective. He describes his creative process as research-focused, since he bases his lyrical content on historical events, customs and tradition. Though he has collaborated with local artists like One 9ra, Fancy Gadam and Arisky, he hopes to widen his fan base beyond Ghana.

While we celebrate the artists who are keeping the Northern Ghanaian music industry exciting, it's imperative to acknowledge the work that pioneering contemporary musicians like Sirina Issah, Sheriff Ghale, Mr. Razak, Sherifatu Gunu, Abu Sadick, and Blackstone, among others, did to contribute to the growth of the industry. It's also interesting that the contemporary music industry was built by several talented female voice however, today, there are proportionately lower numbers of female musicians compared to when the industry was in its nascent years in the early 1990s.

Hopefully, the industry grows in diversity to not only include female voices but voices from other ethnicities like the Gonja, Basare, Bikpakpaam, Anyufor, Vagala, Kusaasi, Mamprusi among others in the Northern Region.