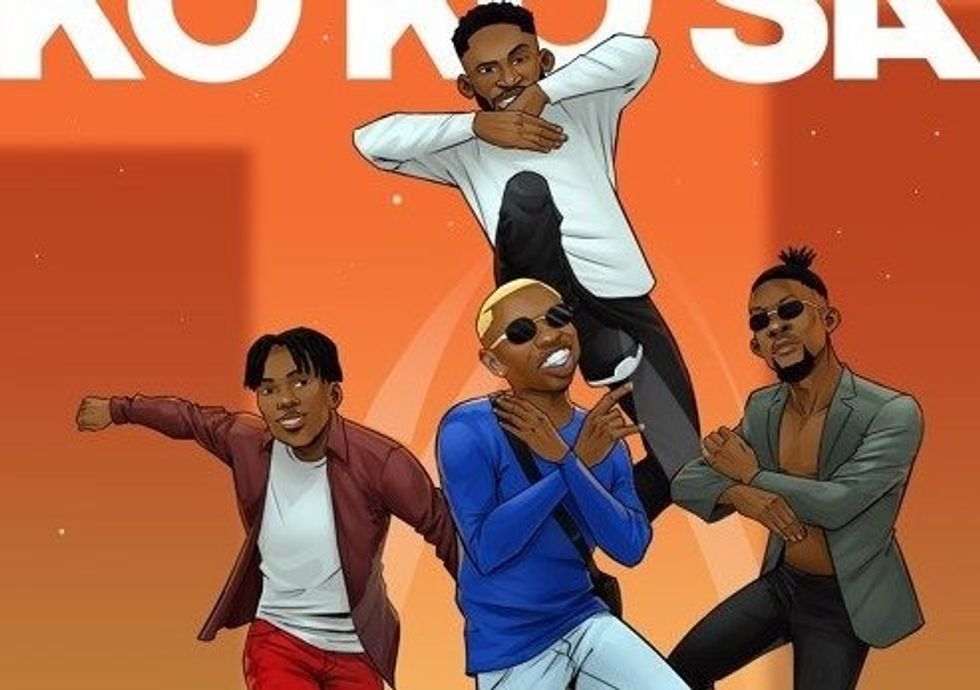 Here are our favorite tracks to come out of the buzzing Ghanaian music scene in February.

Producer GuiltyBeatz is finally back with another release, his last being the smash hit "Akwaaba," the biggest dance anthem out of Ghana in 2018. "Pilolo" is another potential dance hit that follows the same formula its predecessor. He features label head Mr Eazi once again, this time adding rap sensation Kwesi Arthur to the mix. Kwesi opens the song with a few quick bars, and Mr Eazi laces it with a repetitive hook then lets the beat take center stage of the two minute anthem. —Nnamdi Okirike

As a producer, GuiltyBeatz has made fantastic house bangers that include "Akwaaba," "Genging," and now "Pilolo" which features Kwesi Arthur. In each, Guiltybeatz maintains a propulsive bass drum that is varied with melodious astral effects. Pilolo is also the name of a children's outdoor game, as well a dance craze from Ghana. —Sabo Kpade

The hard-nosed title, which could mean provocation or resignation, were the words the incumbent president of Ghana Nana Akufo-Addo made in the run up to the 2012 presidential elections. Along with Akan, Sarkodie gives new life to the pidgin nugget, expounding on tales of survivalism and triumph over production that combines hissing trap snares and throbbing highlife drums. Sarkodie's precision and breath-control brings order to the brilliantly busy beat that would consume many a rapper. —S.K

Emerging singer Twitch released this brand new single titled, "Happy Everyday," an anthem for the happy-go-lucky. In the song, Twitch preaches the gospel of being and staying positive regardless of what you may be going through in life. He sings: "Make you no let your worries over you, you figure your problems big e be few give somebody," Ghanaian pidgin English which translates to"Don't let your problems overwhelm you, if you think your problems are big they're little compared to someone else's." Twitch delivers a refreshing dose of inspiration on this one, something that isn't commonplace in afrobeats. A Kayso production, "Happy Everyday" isn't just enjoyable but also spirit-lifting. —N.O.

If tags indicate quality, the words "Juls baby" primes the ear for goodness to come. In "Kokosa," a dark and brooding bass line brings dramatic tension to ambling drums over which Damibliz impressively varies melodies, any one of which would be a fitting hook. —S.K.

Kirani AYAT x Efya 'For You'

Hausa rap specialist Kirani AYAT delivers something that isn't in his usual lane: a love song. However, the rapper proves he can deliver regardless of genre on this joint featuring talented soul singer Efya."For You" presents a smooth afro hip-hop cut that sees the rapper displaying his softer side with some charming crooning, assisted with a sultry guest verse by the multi award winning singer. - N.O.

"For You" features offers of love in English and marriage in Hausa "zan kawo lefe / e yi awure" by Kirani Ayat who manages to hold his own against the often celestial Efya, who doesn't belt to dazzle here, perhaps not to upstage her host. —S.K.

The FOKN Bois, comprised of artists Wanlov the Kubolor and M3NSA, and well known for their controversial and socially-conscious music. In their new single, "True Friends," the duo calls out fake acquaintances. They also pay tribute to their fans, who they declare are their true friends due to their actual support—the buying and sharing of their art. "True Friends" was the single preceding their new album, Afrobeats LOL, which dropped later in the month. - N.O.

Of the few Shatta Wale releases for February alone, "Signboard" stands out. Here, he is closer to a folk singer than to a dancehall supremo. He responds to his own calls on the chorus over an insistent piano, singing about the use of signboards to indicate what ought to be clear about his and one's status. —S.K.

Ama Slay's tale of desire and demands for a lover to "make it worth her while" gets not one but two suitors in EL and Joey B, whose clever and funny inter-changing bars pretend to be from one character..

RnB/Soul songstress Maayaa is a newcomer to the Ghanaian music space, having released her debut project, Chapter Red, towards the end of last year. But the music that she makes sends a completely different message, as it boasts songwriting and musicality that can easily compare to that of veterans.This month she released her very first offering for the year, "See," an afro-soul ballad filled with sultry melodies and dreamy but passionate harmonies. Here Maayaa delivers her heartfelt lyrics in a combination of English and Twi, and the music does the rest to complete what definitely results in something many artists fail to achieve: a timeless love song. —N.O.

The self-styled "youngest-in-charge" delivers an impressive take on Ronyturnmeup's "World Wide Riddim," released in the last quarter of 2018. One lyric "me dream like a Martin Luther / me no want no puta" pushes the borders of taste, as does leaving out much of the original's patois which pushes the song into afro-swing territory. —S.K.