This Ghanaian Visual Artist Reimagines Beyoncé, Rihanna And Drake Like You’ve Never Seen Them Before 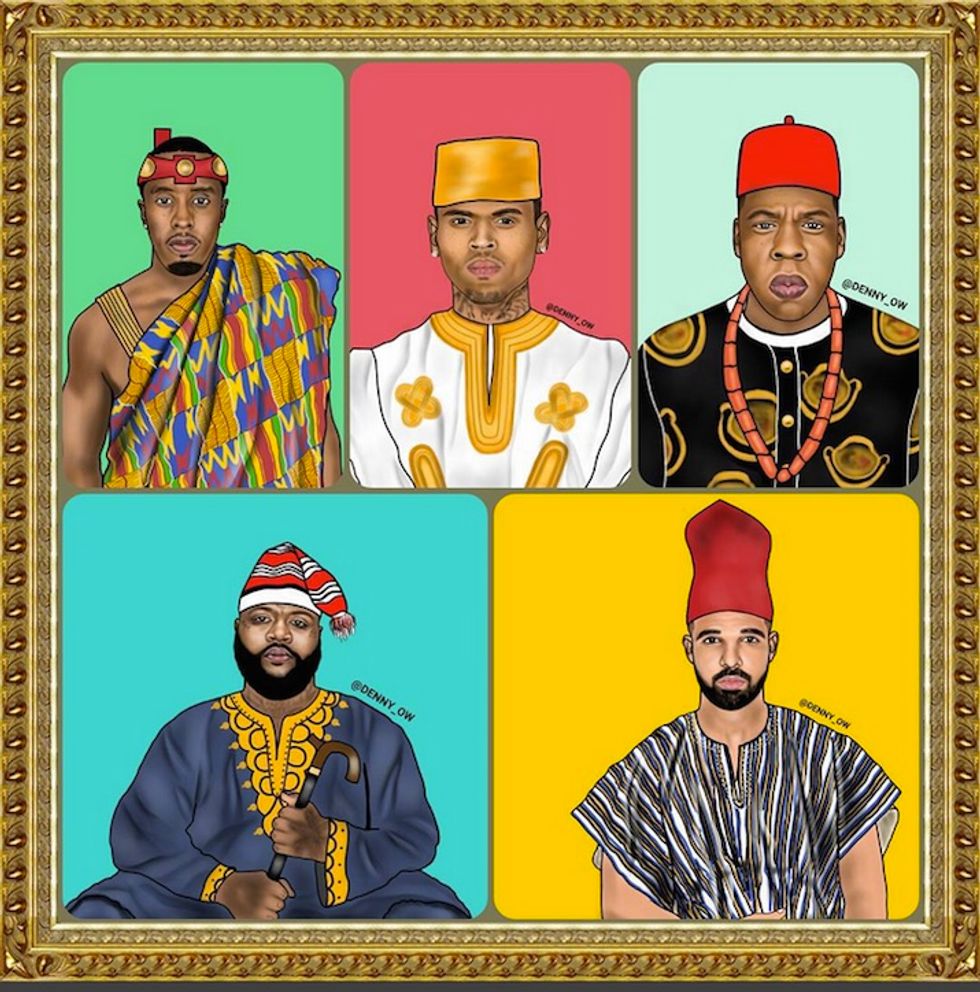 Dennis Owusu-Ansah’s dope visual remixes of celebs in African fashions are about to take the internet by storm.

Remixing a famous pop star’s music is nothing new. But, what about remixing her style? That unique concept is exactly what visual artist Dennis Owusu-Ansah has applied to some of the biggest names in music.

If you check out his Instagram page, you’ll come across inventive depictions of Beyoncé draped in traditional Maasai jewelry, Rihanna donning an Isicholo (a South African Zulu hat,) and Nicki Minaj wearing head-to-toe kente print. Owusu-Ansah quickly saw a huge jump in engagement for these particular posts, which together have racked up thousands of likes from enthusiastic viewers in a matter of days.

“I've been getting positive comments from people all over the world,” he tells Okayafrica. “It's good to hear people you've never met tell you that your art puts a smile on their faces. Comments like that motivate me to work harder every day.”

Owusu-Ansah also shed light on the original source of inspiration for his celebrity series, which stemmed from a more critical encounter.

“After witnessing my friend getting teased by a group of men for wearing a kente cloth on our way to church, I figured something must be done to change the perspective of people who are not familiar with the African culture,” he revealed. “They had no idea what my friend was wearing. One of the guys shouted, ‘That man has a blanket wrapped around his body like it’s winter time.’”

In that moment, the 26-year-old Bronx resident saw an opportunity to raise awareness through his art and spark a strong desire to learn more about different cultures throughout the African continent. The detailed process involves a sketching app, an iPad and a stylus and typically takes Owusu-Ansah a day or two to complete. He intentionally depicts celebrities with large fan bases who are trending in order to attract a wide audience, but his own Instagram followers have also begun to make requests.

So, which celebrities are next up? Pop icon Michael Jackson and funnyman Kevin Hart are two of the most popular requests, says Owusu-Ansah. For now, we’ll have to make due with these dope illustrations of Drake, Chris Brown, Jay Z and more.