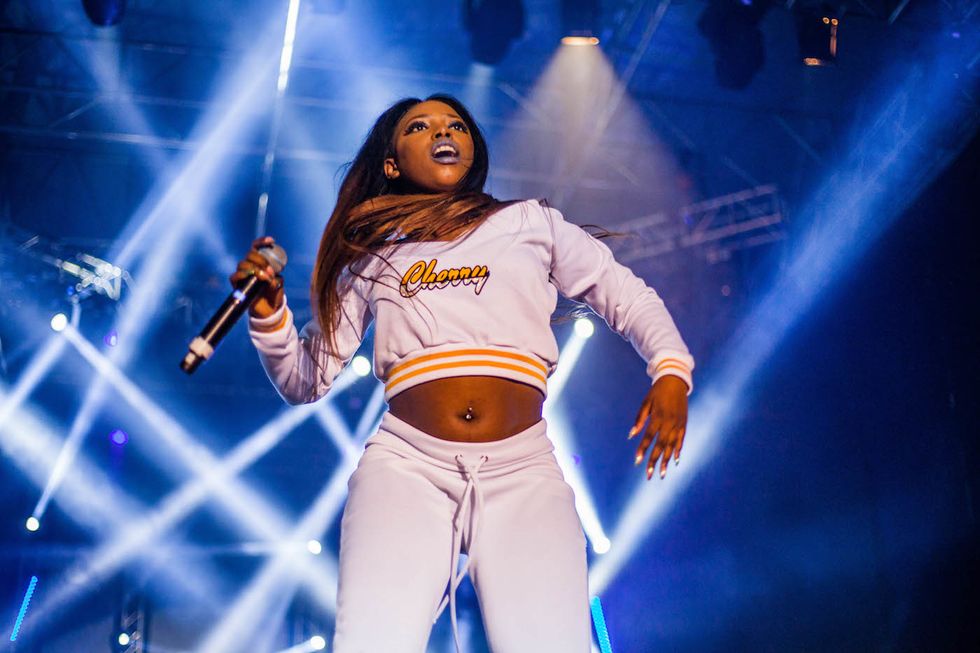 All three MCs brought it, and it's always a pleasure hearing Sjava rapping, as he mostly sings in his music. Remember his show-stealing MTV Base cypher verse in 2016? This year is the same; he pulls off some impressive Zulu punchlines, and still tells a story. He raps, "Maw'khuluma name mtshana, woqaphel' itone/ Khal' inyembez' ezimnyana, ngumlungu weParlotone."

And the king of one-liners, Kid Tini doesn't disappoint. The young emcee always packs some heat in one bar, and that's not a joke. For instance, "Couple girls who slept on me, now they pillow-talking."

Gigi Lamayne's conviction always sees her through. A quotable from her verse: "Jabs to your ego, gonna cause you that nosebleed/ Lyin' ass Pinocchio, everyone nose, b."

Watch the Ambitiouz Entertainment cypher below: