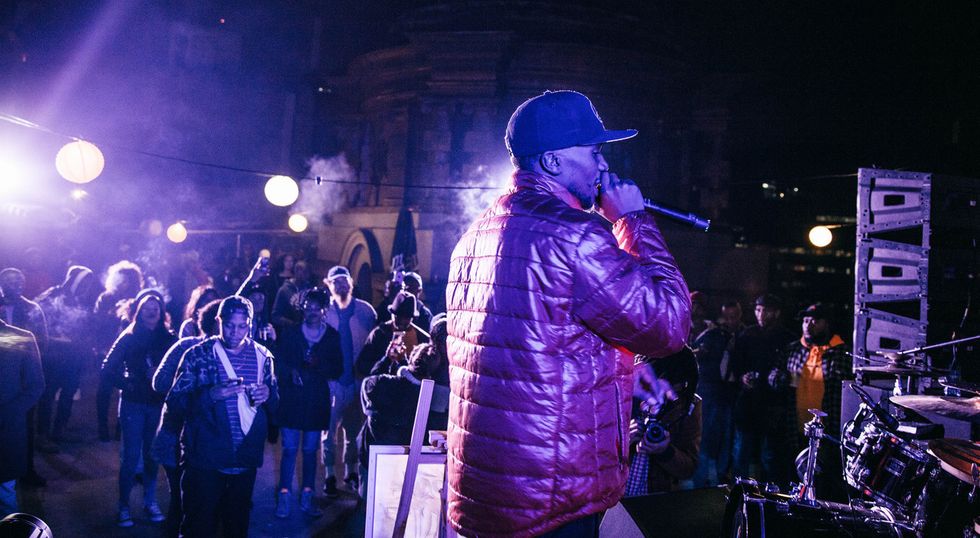 "Kid X killed everybody despite what you might think," says Ginger Trill.

Riky Rick's "Amantombazane" remix, which came out in 2015, was a moment for South African hip-hop. It eclipsed the original song; it featured a diverse lineup of the country's rhymers—Nadia Nakai, Kwesta, OkMalumKoolKat, Ginger Trill, Maggz and, well, DJ Dimplez, flexing over an ice-cold instrumental by Ganja Beatz.

To this day, South African hip-hop fans still debate who had the best verse on the remix. And there's still no clear winner—almost everyone brought their A-game.

Ginger Trill, who still called himself Gingerbread Man at the time, recently revealed he feels Kid X has the best verse on the song. He told MacG during an interview on his podcast:

The rapper went on to admit that, as strongly as he feels about Kid X's verse, he acknowledges other people's choices.

"A lot has changed with success being a factor in the hip-hop landscape in South Africa. I see some of the more affluent, prominent artists tweet about it saying it used to be so dope, you know. The vibe is dead now, cats don't wanna work together, everybody is trying to get there alone or by themselves or see who gets there first. It's like a weird thing, but I guess it's a competitive sport like that. But that song particularly was the birth of uniting SA hip-hop. Because after that, we got "Ragga Ragga," which was Major League, Gemini Major, Riky Rick, Cassper, Nadia… it was a dope vibe."

Ginger Trill is one of the best to ever do it, so his opinion has a lot of weight.

Watch the full episode below and stream Ginger Trill's latest EP PIF below: