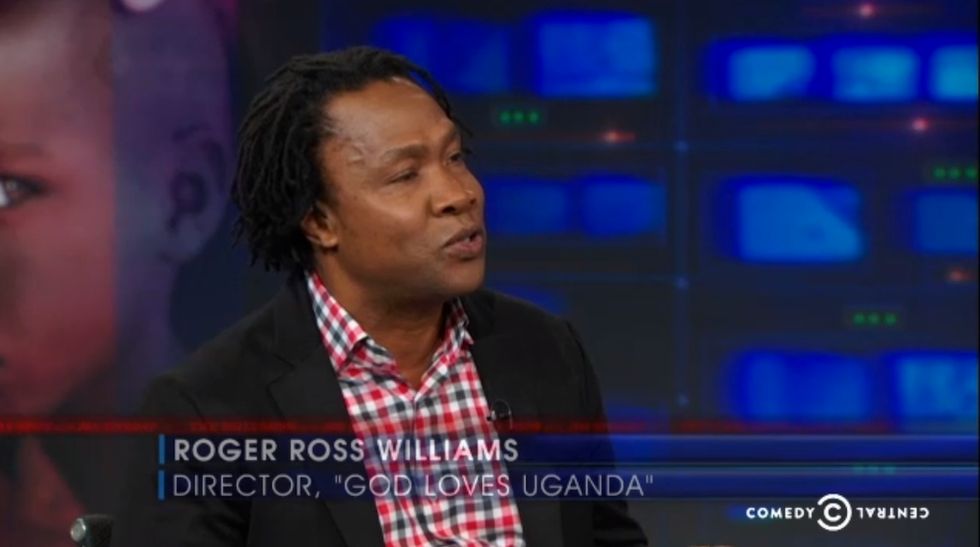 This past Monday, filmmaker Roger Ross Williams, director of the Oscar-nominated God Loves Uganda, appeared on The Daily Show with Jon Stewart to discuss his powerful exposé on the proxy cultural war being waged by U.S. evangelicals in Uganda, a timely discussion in light of this week's news that President Goodluck Jonathan signed the Same Sex Marriage Prohibition Act into law in Nigeria. Watch Williams discuss how growing up in the church led to the development of God Loves Uganda, the role that the same evangelicals exposed in his film are having in Nigeria's anti-gay legislation, and more below.