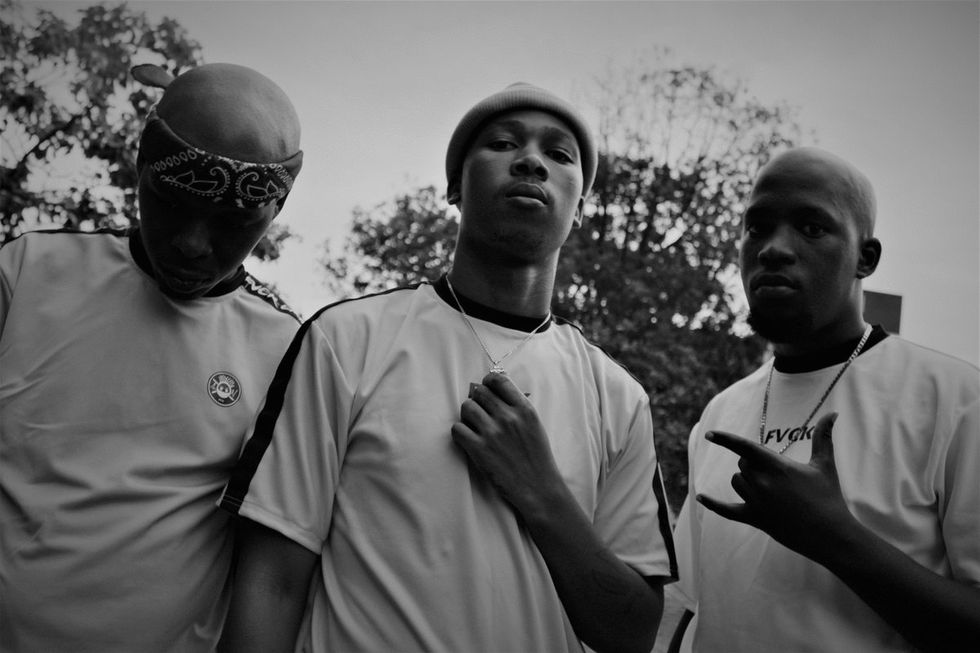 The song uses the same sample as "C.R.E.A.M.," the difference is it's trap.

Just like the Wu Tang classic, Golden Black's "Cream" loops the first four seconds of "As Long As I've Got You," the piano loop that defines "C.R.E.A.M." The difference is, instead of the boom bap drum pattern on the Wu Tang classic, "Cream" sits over 808s and an excessive bassline, as is usually the case on trap songs.

The subject on matter on "Cream" is money, as expected, with fellow Durbanite Zakwe rapping, "I'm a herbivore with animals right beside me/ Leopards, elephants, buffalos, rhinos and lions," which is a reference to the animals that are on South African notes.

Golden Black member Slay raps, "Was a youngin' when this shit just came out/ Catch you snitchin', introduce you to my Glock." He later makes reference to Eazy E and N.W.A., adding onto the nostalgia the song's built on.

Hip-hop, which is 46 years old, is young compared to other genres, but has given its young artists enough classics to sample. The genre has come full circle as it was built on sampling disco and blues records.

In the recent past, we've seen hip-hop artists sampling classic hip-hop songs and updating them to suit the current era. Examples aren't hard to come by—Meek Mill's "What's Free?" is an embellishment of The Notorious B.I.G.'s "What's Beef?" and Rick Ross' "Nobody" samples "You're Nobody (Til Somebody Kills You)" also by Biggie. In South Africa, L-Tido turned the East Coast legend's "10 Crack Commandments" into a guide for the dating and hook-up game on his latest single "10 Mac."

"Cream" is taken from Golden Black's latest project Bam, which is mostly trap, but pays homage to the culture of soul samples, on the songs "Cream" and "Purple Dreams."

Listen to "Cream" below and stream Bam underneath, or download it here.