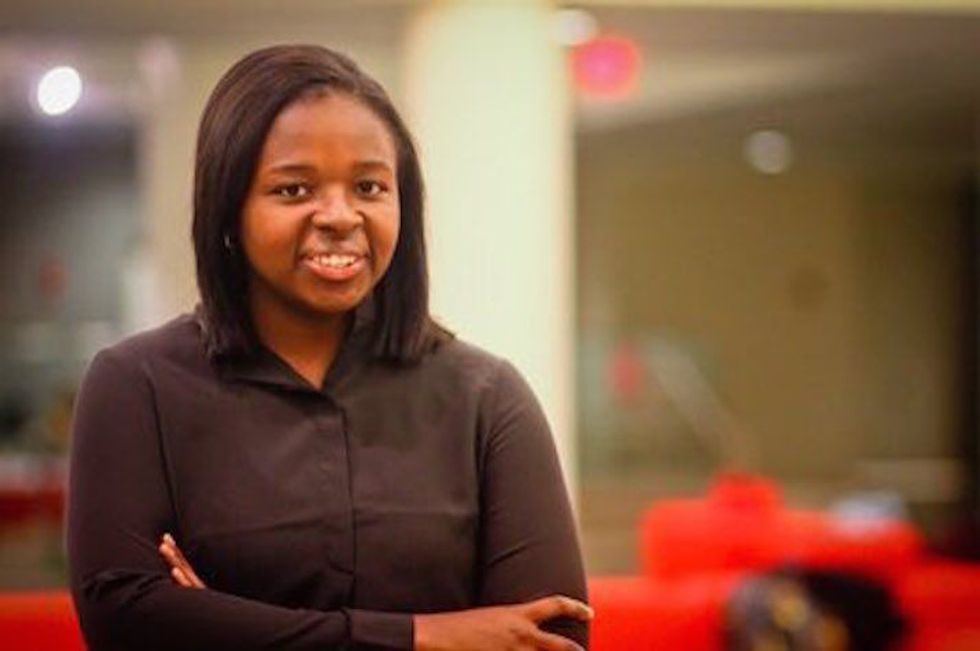 Nigeria's Imemle Umana is the first Black woman to be elected President of the Harvard Law Review.

Once again, Black women come through and save the day.

In between all the dispiriting news about the world crumbling all around us, we learn that Nigerian student, Imelme Umana, class of Harvard Law School '18, has become the first Black woman elected President of Harvard's Law Review. Though it took Harvard 130 years longer than it should have, the news of her extraordinary accomplishment couldn't have come at a better time.

Umana is a PhD candidate "interested in the intersection between government and African American studies by exploring how stereotypes of black women are reproduced and reinforced in American political discourse," as reported by Clutch.

Her appointment echoes that of Barack Obama who became the first Black man elected as President of the Harvard Law Review in 1990, and who went on to become, you know, president.

Umana has several people ready to cast prospective votes for her to become the first Black female president of the United States as well. I am one of those people.

If this ain't Black excellence, I don't know what is.

It's times like these when the stories of women of color need to be heard and celebrated. Today we celebrate Imemle Umana in all her Black woman glory.

Congrats to Imelme Umana, HLS '18, on her selection as President of the Harvard Law Review. 1st black woman to serve as President. #Herstory pic.twitter.com/liqu40K4Va