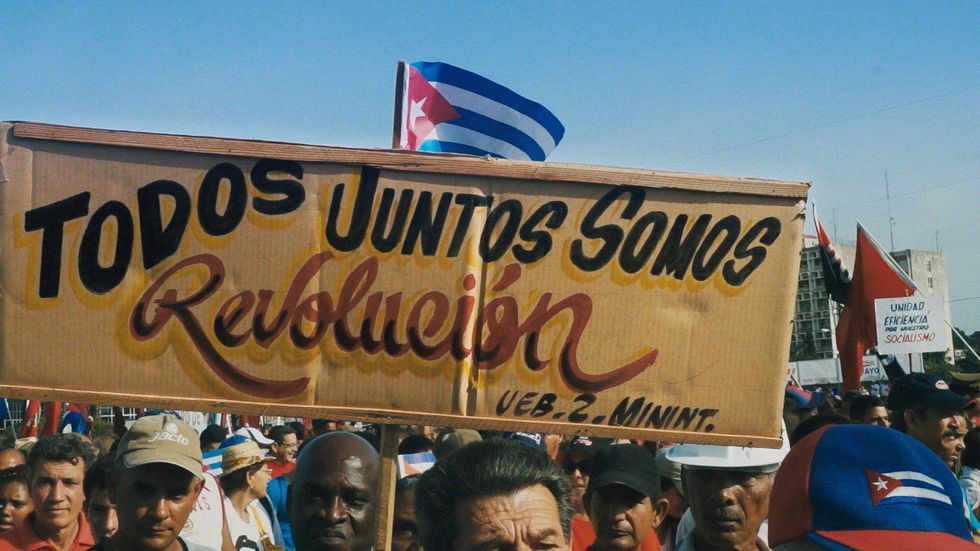 A pair of documentaries on contemporary Cuba will premiere on HBO just three days after the death of Fidel Castro.

By now, you probably know that Cuba’s longtime revolutionary and former president, Fidel Castro, died Friday at the age of 90. As the world begins to contemplate the life and legacy of this extremely divisive, extremely complex individual, it seems HBO was one step ahead of everyone else. The American television network, rather coincidentally, has a full night of Cuban programming planned for this Monday with the premiere of two original documentaries centered around contemporary Cuba.

The first of the two films is Patria O Muerte: Cuba, Fatherland or Death, which looks at the current state of Cuba through the eyes of its artists, activists, bloggers, writers, musicians and everyday people. The 57-minute documentary marks a directorial debut for Spanish actress-turned-director Olatz López Garmendia.

“Forgoing the usual emphases on salsa clubs, dominoes, headstrong women and broken-down American jalopies, the film takes a sharply critical look at day-to-day life in Cuba today,” Remezcla’s Steve Macfarlane said of the film, adding that Garmendia “defies precedent for critiquing the island nation’s lack of public freedoms without denouncing the Castros (or, indeed, communism) outright as the devil incarnate.”

The second of the two documentaries is Jon Alpert's Mariela Castro’s March: Cuba’s LGBT Revolution, which looks at Cuba’s LGBT community through the work of Mariela Castro, daughter of PresidentRaúl Castro (and niece of Fidel Castro), as she champions LGBT equality and social reforms in present-day Cuba.

The documentaries premiere on HBO this Monday, November 28th, beginning at 8pm EST with Patria O Muerte: Cuba, Fatherland or Death, followed at 9pm EST with Mariela Castro’s March: Cuba’s LGBT Revolution. Both films will be available to watch on HBO NOW, HBO GO, HBO On Demand and affiliate portals.