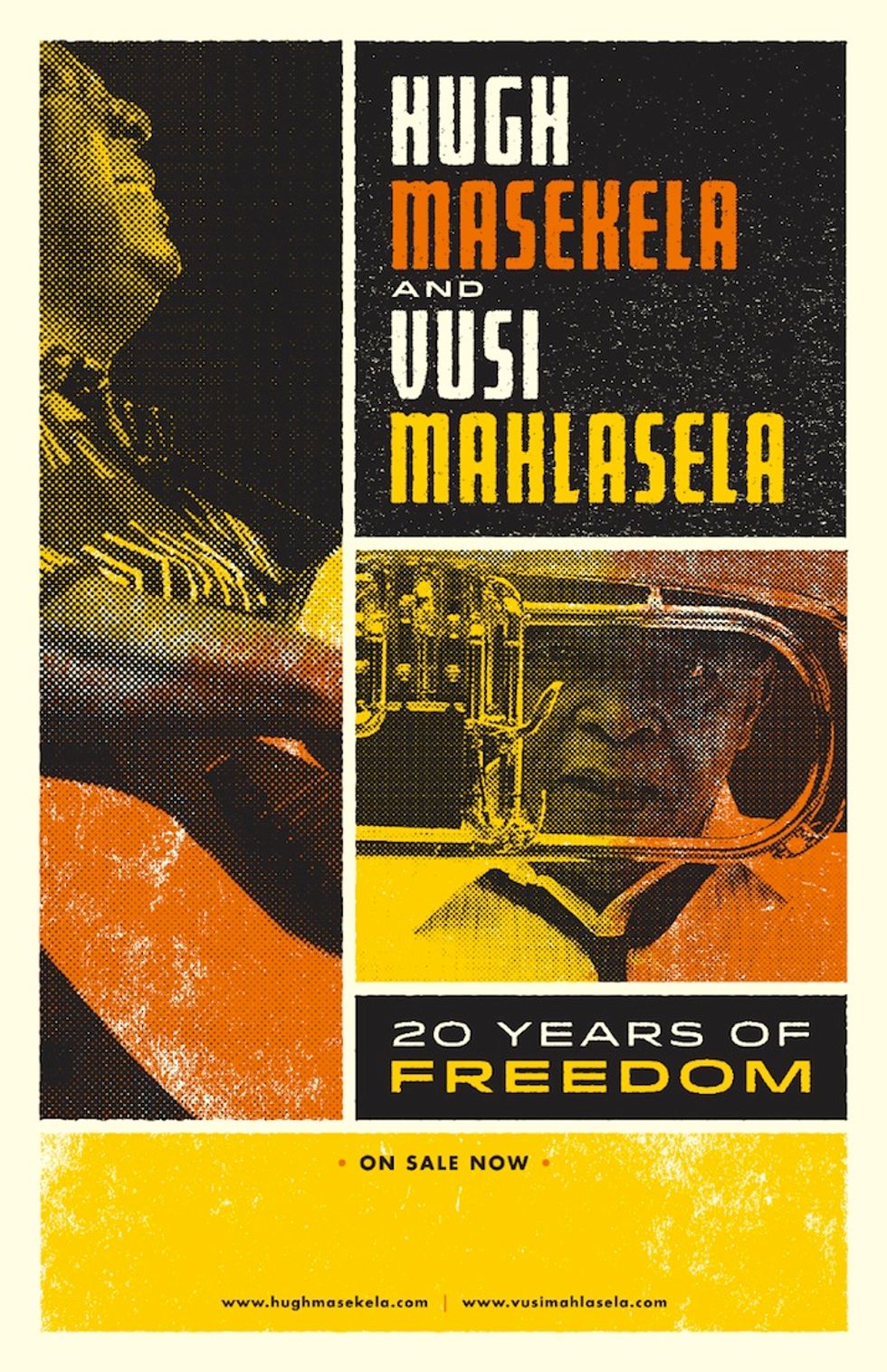 This February and March, South African musical legends Hugh Masekela and Vusi Mahlesela will embark on 20 Years of Freedom, a North American tour celebrating the twentieth anniversary of South African democracy and the end of apartheid. The renowned trumpeter/flugelhornist/singer Masekela and "The Voice" Mahlasela (who played at Nelson Mandela's inauguration in 1994) have performed together in the past but 20 Years of Freedom is their first tour together. Backed by an all-star quintet, Masekela and Mahlasela will share the stage throughout the entire show, performing many of their own classics, as well as South Africa's Freedom Songs. See the full tour dates below and watch a 1987 video of Masekela performing "Bring Him Back Home" below.