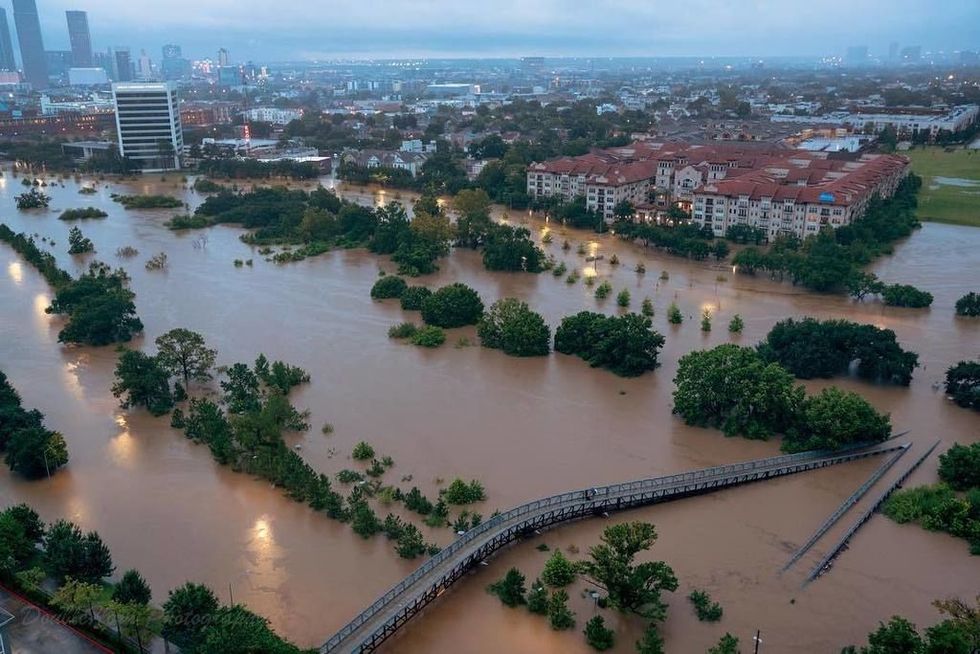 Here are some sources and helpful tips for donating to disaster relief efforts in Houston.

Hurricane Harvey is being called one of the most devastating natural disasters to hit the Untied States in recent history. As of today, the tropical storm has caused at least 30 deaths, and record-setting torrential downpour in Houston and Louisiana to a lesser extent. More than a trillion inches of rain fell in Harris County alone, causing up to 50 inches of flooding in some areas and forcing hundreds of thousands of people to flee their homes.

Needless to say, Houston—one of the most diverse U.S. cities, and home to the largest Nigerian expatriate population in the country—is in need of support for the provision of emergency rescue, housing, food and more.

If you're looking to get involved in legitimate relief efforts, here are some sources for you to check out and vet further.

The New York Times has offered a full list of organizations, as well as some basic tips on how to avoid being scammed by illegitimate organizations, such as partaking in adequate research, and being knowledgeable about signs of fraud.

Given the less than stellar track records of many larger organizations, an emphasis is being put on donating to local, Houston-based charities. The Mayor of Houston started the official Hurricane Harvey Relief Fund, which you can use to donate to efforts on the ground. Other local organizations to consider, include the Houston Food Bank, Coalition for the Homeless of Houston, amongst others.

Good list of local Houston charities in this thread 👇 https://t.co/52ykfGS32k

There are a lot of people donating to charities that will never make it to Houston. Watch out who you donate to

Check out this list from Colorlines of organizations that focus their efforts towards disproportionately vulnerable populations, including women and children, people with disabilities, immigrants, members of the LGBTQ community, black and Latinx populations, and more.

For more tips on best practices for donating after a disaster, read this report from ProPublica, written in response to the Red Cross' failed relief efforts in Haiti.