Ibeyi Spend A Day Out Record Digging With Okayafrica TV 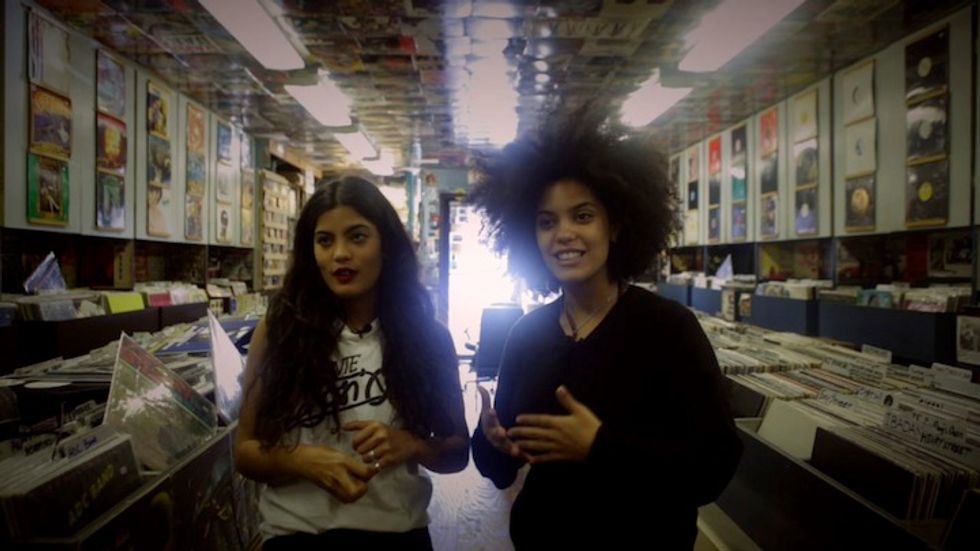 To celebrate the upcoming Record Store Day, French-Cuban twin sisters Ibeyi took Okayafrica TV on a hunt for vinyl at A-1 Records in NYC.

When Okayafrica found out French-Cuban twin sister duo Ibeyi would be making their US debut we knew we'd have to get to the bottom of their rising spiritual sound with roots from the Continent. Mixing Yoruba culture with downtempo electronic and hip-hop music, 19-year-old sisters Naomi and Lisa-Kaindé Díaz have already released a stunning two-song EP (in addition to their interpretation of Jay Electronica's "Better In Tune With The Infinite") and will make their full-length debut next year on XL Recordings. The 13-track album, which was co-produced by XL boss Richard Russell, is dedicated to the twin's late sister and father (celebrated Cuban jazz percussionist Miguel “Anga” Diaz from Buena Vista Social Club). Ahead of their first ever show in New York City, and just in time for Record Store Day, Okayafrica TV had the chance to spend the day out digging for vinyl with Ibeyi at A-1 Records in the East Village, where the sisters shared insight on their musical heroes— from Roy Ayers, Erykah Badu and their "goddess" Nina Simone to Miriam Makeba and Angélique Kidjo (who they recently opened for in London). Watch this and more in a Day Out With Ibeyi on Okayafrica TV below.