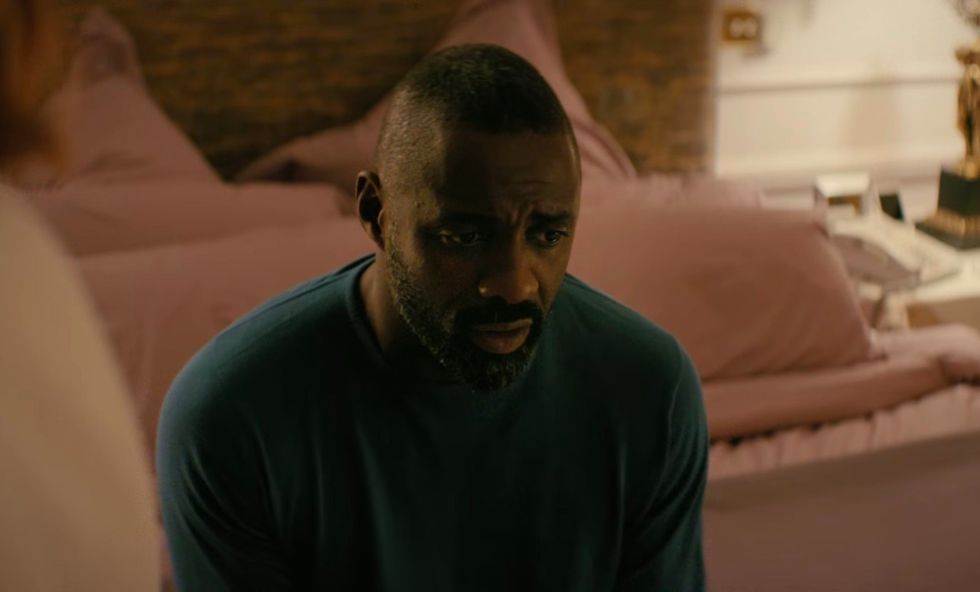 Watch Idris Elba in the trailer for his new movie, the forthcoming British ensemble drama '100 Streets'

In the forthcoming drama from Irish director Jim O’Hanlon, the British actor plays Max, a recently retired rugby star struggling to adjust to his new life while fighting to save his marriage to Emily, a former actress played by Gemma Arterton.

The film’s emotional and rather deceptive U.S. trailer would have you believe it’s solely about Elba’s character. This isn’t actually the case. An official synopsis refers to 100 Streets as a “powerful ensemble drama” following three contrasting and interwoven stories as they play out in one square mile of modern day London (i.e. Crash UK).

It’s hard to tell exactly what’s going on in the trailer. (And okay, I’ll be honest, it doesn’t look very good.) Whatever the case, Elba appears to be on his A-game as things spiral way, way out of control for Max.

100 Streets opened in U.K. cinemas November 11 and heads to U.S. theaters and on demand on January 13.