Nigerian-American Rapper Ikey's Fiery 'When We Were Kings' Video 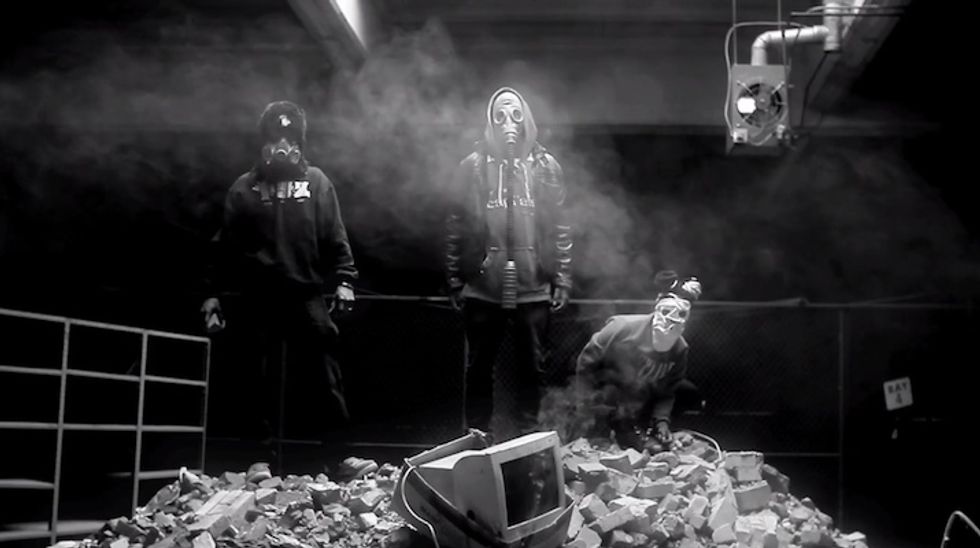 Watch the music video for Nigerian-American rapper Ikey's "When We Were Kings" off his forthcoming 'Green Card' EP due April 7.

The music video for Nigerian-American rapper Ikey's "When We Were Kings" is a redemptive elegy for home. The Xaivia-directed clip shows Ikey standing over a mountain of rubble as he starkly and sensitively details Nigeria's war-torn history, as well his own story. Interspersed with archival clips of the Biafra War, as well as footage that references the slain Nigerian writer Ken Saro-Wiwa and the activists group Ogoni Nine, the video is steeped in the past yet has its own urgency. Speaking about the music video, Ikey says, "'Most of the people in the clips and people I referenced in the song, I felt they represented the essence of the story of the song... 'When We Were Kings' is a very descriptive song with deep messages, and I felt the best way to bring the song to life was to use real clips almost in a documentary style to help tell the story." Showing the operatic moves of a solitary masked dancer over soft strums and ending with her still pose, the visuals convey the final resilience of the song. Check out the video for Ikey's "When We Were Kings" off his forthcoming Green Card EP, due April 7, below.