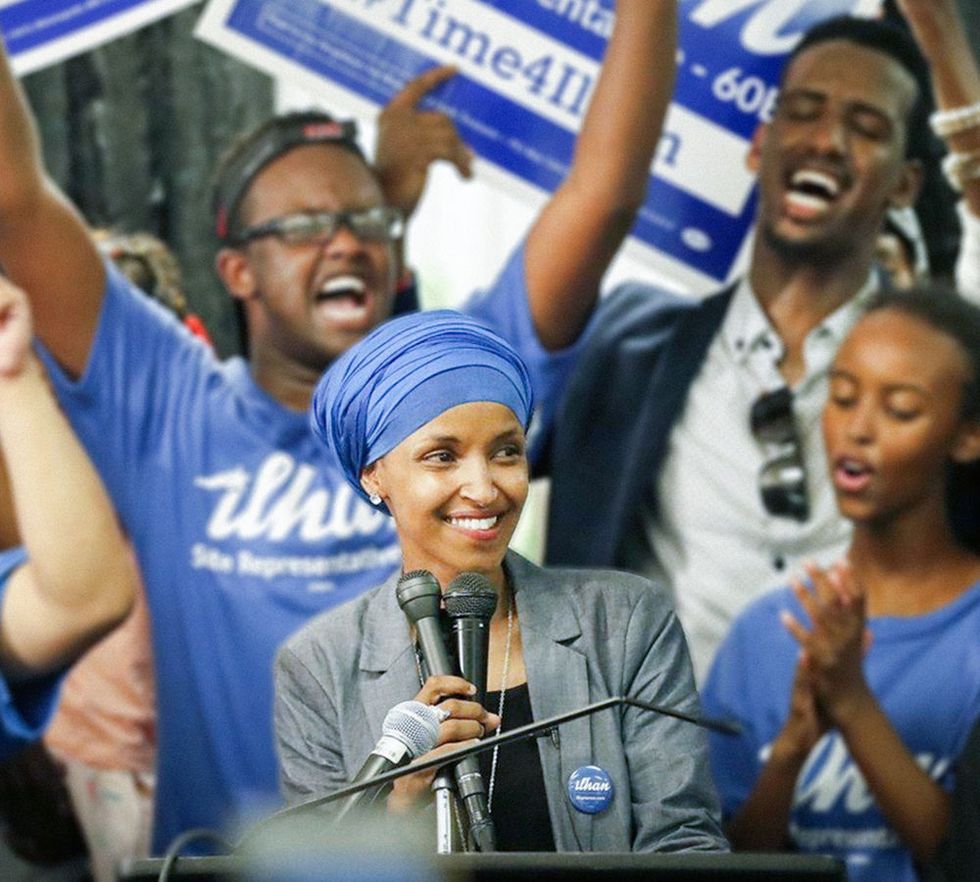 Ilhan Omar is especially inspiring in America right now, as we endure the presidency of Trump. Omar represents everything Trump is against—she's a woman, Muslim, an immigrant and a former refugee—yet everything she is and stands for is a part of what makes America great.

Born in Somalia, Omar and her family sought refuge in Kenya during the civil war. In 1995, they moved to the U.S., settling in Minneapolis. She learned English and began attending caucus meetings with her grandfather, where she translated for him.

Now, Omar is a Minnesota State Representative, as the Democratic Farmer Labor Party legislator. She is also the Director of Policy and Initiatives of the Women Organizing Women Network. "This really was a victory for that 8-year-old in that refugee camp," Omar says in an interview with NPR. "This was a victory for the young woman being forced into child marriage. This was a victory for every person that's been told they have limits on their dreams."