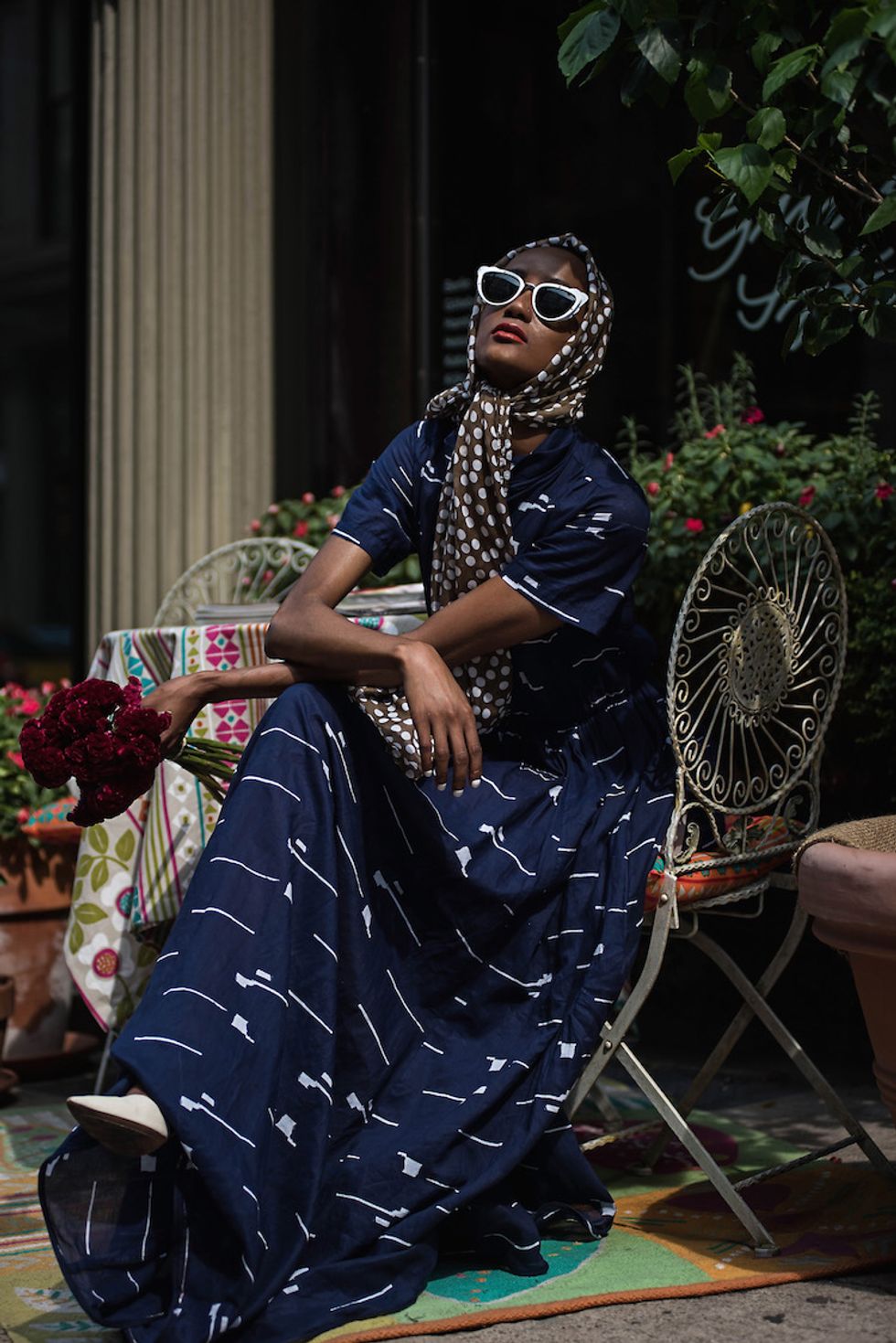 When you think of international supermodel Iman, what words come to mind? For creative director Jennifer Nnamani, it’s the following: inspiring, maven, archetype and “Neo-African.”

“As a young Nigerian girl, I first encountered Iman in Michael Jackson’s Remember The Time music film,” Nnamani, founder of fashion agency Beau Monde Society, tells Okayafrica. “Her poise was magical and, since then, she has enamored me.”

According to Nnamani, who also styled the shoot, finding Gale, the perfect muse who embodied Iman’s “essence and likeness,” proved to be the most difficult task: “It took almost two years to find the right model.” Finally, in the summer of 2015, Nnamani and her team took to the streets of Soho to snap five distinguished looks.

“The I.M.A.N. editorial serves to pay homage to her contributions to the fashion industry, as well as my interpretation of Iman's elegant yet funky style,” she revealed.

Judging from the results, Iman’s impact on Nnamani’s artistry has only gotten stronger with time. Check out the gorgeous multicolored photographs above to reminisce on the celebrated fashion icon’s earlier days spent slaying throughout the Concrete Jungle.