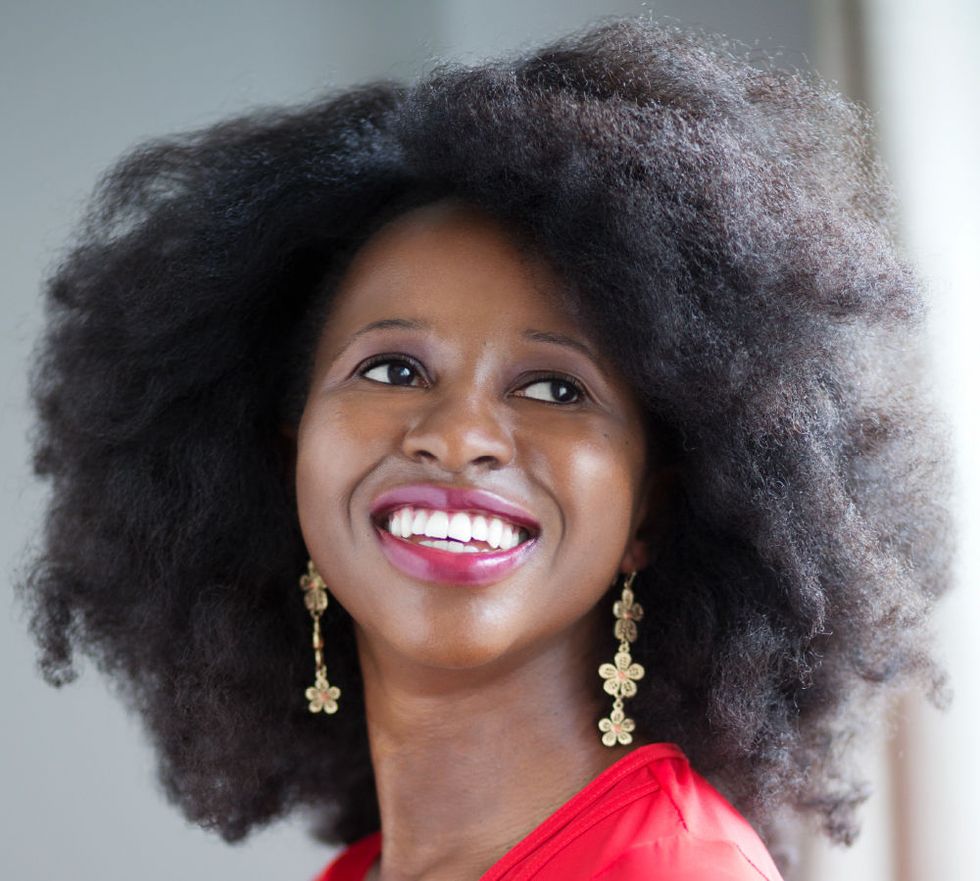 Cameroonian-American author, Imbolo Mbue, joins this list of extraordinary women with her literary masterpiece, Behold the Dreamers. Mbue’s tale thrives in a day and age where African novelists, who weave tales on migration, are at the helm of modern literature. It further proves the point that there is no limit to stories that come from Africa and its diaspora. This particular story is centered on Jende Jonga, a Cameroonian immigrant living in Harlem who serves as a driver for a wealthy Lehman Brothers executive. It is a juxtaposition of the life of poor immigrants versus that of wealthy white Americans.

The story is Imbolo’s story; when she writes, she is an immigrant from Limbe, Cameroon, pursuing her dreams and seeking happiness despite economic distress. She, much like her character, faces the challenge of accepting and understanding what it means to be black and working class in American society.

When asked to describe what his village back home is like, Jende states:

Everyone wants to come to America, sir. Everyone. To be in this country, sir. To live in this country. Ah! It is the greatest thing in the world…my country is no good. It is nothing like America. I stay in my country, I would have become nothing. I would have remained nothing. My son will grow up and remain poor like me, just like I was poor like my father. But in America, sir? I can become something. I can even become a respectable man. My son can be a respectable man.

He equates coming to America to becoming something and someone. Readers are presented with the idea that many Africans living on the African continent have, that America is a place that gives hope to the hopeless and a place where dreams come true.

It is critical to note Imbolo is a woman. One look at her life and the way she chooses to create her characters and this fact jumps out at you. She is a woman who beat the odds. She was born in extreme poverty to a single mom in Cameroon and ended up in America to study at both Rutgers for her Bachelor’s and Columbia for her Master’s. She worked in marketing until the 2008 financial crisis that brought on the loss of her job. She juggled mothering her first child and writing this work; she merged conflicting desires doing so. She affirmed the point that is often disregarded; being a woman is multi-faceted.

A dissection of this book leads one to examine Neni, Jende’s wife. The character was both inspired by the women the author grew up with in her hometown as well as immigrant women in the United States. Neni is characterized by her ambition and yearning to grasp all the opportunities presented to her in this country. She balances motherhood and her dreams of pursuing a career in pharmacy. When Jende loses his strength to carry on, Neni becomes fiercely independent. Furthermore, where Neni is strong, Cindy Edwards, wife of Clark, Lehman executive, battles depression and alcoholism as she deals with a troubled marriage. She sits in the Upper East Side or the Hamptons and laments. Neni tends to Cindy’s physical and emotional needs. There’s a distinct relationship between the two women. Cindy so confides in Neni it begins to take an emotional toll on her. Throughout the book, the two attempt to comprehend their roles as both women and wives.

We are most moved by Mbue’s many identities. She is black. She is a woman. She is African. She is Cameroonian. She is an immigrant. Her story beautifully celebrates all of these identities and solidifies her place as one of our 100 women.