The Indie Artist You Need to Listen to This Month: Ahrt 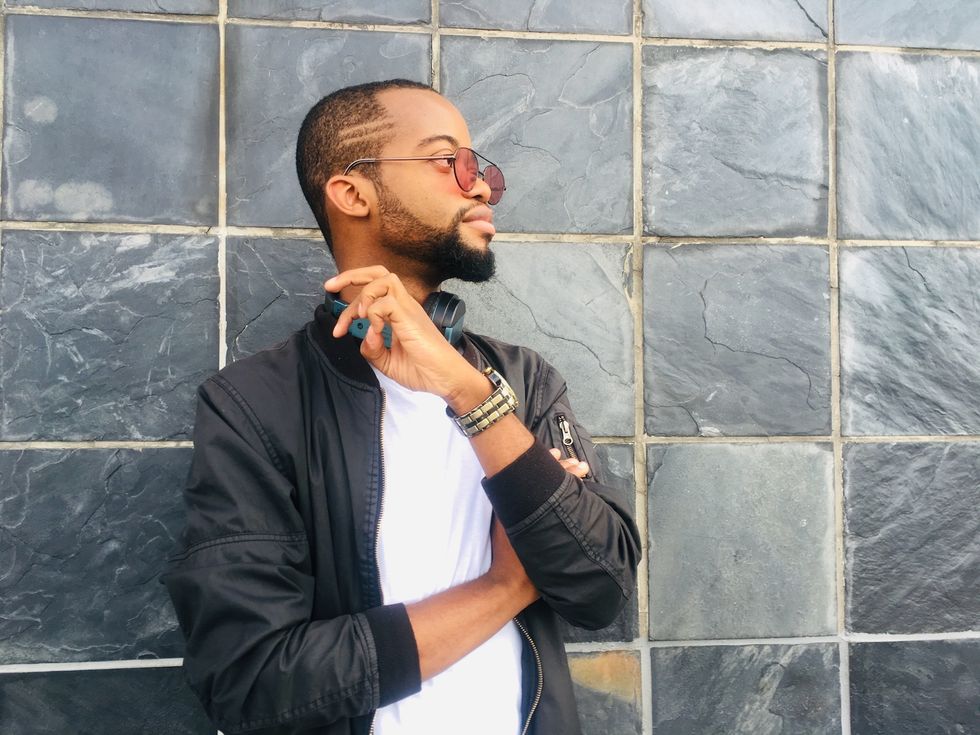 Ahrt. Image courtesy of the artist.

Get into this South African-based Angolan act.

This series features the most exciting independent and alternative artists from Africa and its diaspora. Black artists are complex and multidisciplinary. Every month, we'll introduce the boldest musicians out there that you need to listen to.

South African-based Angolan artist Ahrt is not afraid to share his struggles with mental health and his bi-polar disorder through his music. His songs come from a very personal place; at one point, he equated people judging his music to people judging him as person, even fearing releasing any new material.

Now, Ahrt uses his music to show people that it is possible to persevere through anything and to fight the stigma against mental illness. His therapist was the one who encouraged him to get back to making music. "Art was my way of letting it out. So, I have moved from not doing music because of [my mental health], to doing music because of it," he explains.

We talked to him below.

When and why did you start making music?

I started making music properly at 13-years-old with my older cousin who is also a rapper. Then I worked with a sound engineer, Miguel ''Cygas'' Faria, who coincidentally is now my sponsor & agent. The first rapper that I listened to was Eminem. Listening to "Hailie's song"... I cried... I really cried. I was shocked that a musician could tell such a sad, touching story with such immense skill.

I realized that I could express myself in music in ways that I never could outside of the art. I created an alter ego in my music and it became cathartic for me and helped me to deal with the pressures and struggles of growing up. Music became my escape, my home away from home.

Does Angola, your birth country, inspire you musically?

Angola has influenced my style in a very distinct and unique way. Dji Tafinha is one of the first Angolan rappers to produce as well as ghostwrite for other artists, engineer music and rap/sing. His influence in my career is very notable in the way I sing because he taught me how to use my voice and reach certain notes. My goal has always been to become Dji's equal and have him pass the mantle of Angola's best rapper/producer/engineer onto me, then to spread Angolan music to the rest of Africa and eventually, the world. I also love to incorporate Portuguese in my music, which is my mother tongue. It makes me unique and broadens my fan base.

How is your new single "On My Groove" different from music you used to make?

The beat to "On My Groove" was sent to me by an old friend, PhantomOTB, who wanted my vocals for his upcoming album. I had been away from music for four years at the time and felt it would be a very quick, but short return. After recording the song and being satisfied with the unmixed product, I mixed it myself. I always do that with my music because only I know how my music should sound. I am a bit of a control freak, always wanting to be involved in every step of the production process.

To a great extent, "On My Groove" is more mature. I wrote it at a time that I was not even rapping anymore. On this song I talk about my success, motivation, dedication & goals. I used to be insecure about my detractors but in "On My Groove" I embrace them & tell them that if they hate my success, they will find my next moves unbearable.

What did you learn from your time not doing music?

Patience. The best things take time. One thing about youth [is that] we love rushing things because we think doing things quickly shows skill, but patience is what defines growth and skill. Patience is really helpful because sometimes one gets writer's block and the creative juices are just not flowing. If you are impatient you will get frustrated and do some destructive things. Nowadays I just take a break and attend to other things without the pressure of having to finish a project.

I also learned to love myself and to accept my mistakes. I used to be hard on myself and compare myself to other artists and people. But now I love and support them even if it at times it is not reciprocal. Stepping away from music allowed me to mature and gain a clearer understanding of what I want in my life.

Are you afraid of being vulnerable and sharing such personal matters?

No. In fact it is the exact opposite. My fans can only support me if they can relate to me and they can only relate if I shed my skin and give them something they can relate to. And nothing is more relatable than your own pain—because contrary to popular belief you not the only one going through that or something similar. I want them to know I have been anxious, I have had suicidal ideations, but I still persevere and will be well on my way to be one of the best artists and entrepreneurs. I know my fans will accept me for who I am and find solace in knowing that at the end of the day it will all be okay.

What would you tell someone suffering from bipolar disorder and listening to your music?

Firstly, I don't believe someone "suffers" from bipolar, it's a state. You are bipolar. You're not suffering. I would tell that person to first accept themselves. Secondly, they should talk to someone. It is fine to have a psychologist. Even the most accomplished people in life have a psychologist. They shouldn't only seek help when it's too late, but even in the little things. Its okay not to be okay. Thirdly, people need to realise that one's responsible for one's own self. You need ways to deal with all the negative emotions and channel the energy into more positive activities whatever they may be.

What are your future plans?

I am shooting a video for "On My Groove" and then, I will release about five singles this year before I release my double album later on in the year. Part A [of the album] will talk about my success, with my arrogant ego at its peak letting the world know he did it against all odds. Part B talks about my failures, heartbreaks, vulnerabilities, pain and depression. I want my project to be reminiscent and be compared to the Mona Lisa. I want people to say this project is to Ahrt what the Mona Lisa was to da Vinci.

You can keep up with Arht on Twitter and Soundcloud.