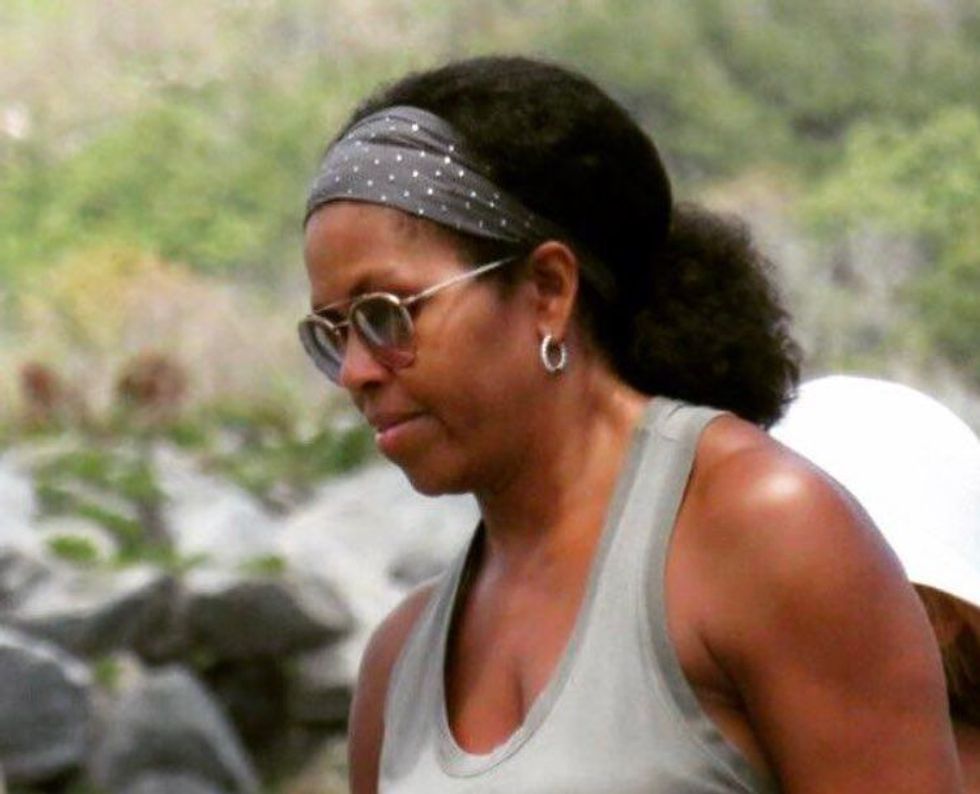 Barackand Michelle Obama have embodied "carefree blackness" since they left the White House in January.

The two recently vacationed in the British Virgin Islands, and they're currently in the French Polynesian Islands, where the former president is penning  his upcoming memoir.

Basically, the Obamas are out here living their best lives.

Further confirmation of this arrived earlier today, when a picture of the former First Lady rocking a natural look surfaced on Twitter. Her tresses looked healthy as ever pushed back by a grey, polka dot headband and gathered in a low puff.

This is the picuture I have been waiting on for like 3 years. COME ON NATURAL. pic.twitter.com/HF8AYpsciB

Many had been anticipating seeing the former first lady rock her natural hair, and folks on Twitter couldn't contain their excitement upon seeing the photo.

When Michelle Obama has been a straight haired natural the whole time pic.twitter.com/cxHRT4LFl2

Some wish she had worn her hair like this earlier.

@meagnacarta@LadyCurtissa I remember wishing w all my heart, FLOTUS would walk out with her fro out

Despite often sporting straightened tresses, Obama isn't new to the natural hair game. In 2015, Her hair stylist, Johnny Wright, told the Root that Obama was "100 percent natural" after helping her transition from relaxed hair. He stated that if she were to ever rock her hair in an afro, it would likely be during vacation—and here we are.

Either way, she slays.