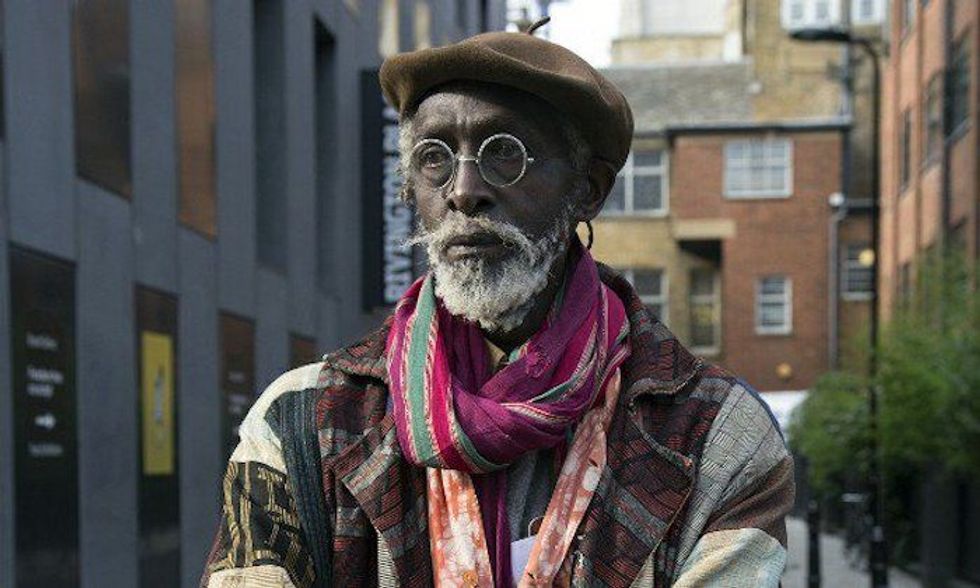 Prolific Senegalese interdisciplinary artist, Issa Samb, also known as, Joe Ouakam (after the neighborhood his was born in), passed away peacefully yesterday. He was 71.

The painter, sculptor, performance artists, playwright and poet, was one of the co-founders of Laboratoire Agit'Art, a Dakar-based collective dedicated to revitalizing African art through the examining of international forms of artistic expression and schools of thought.

Samb studied law and philosophy at the University of Dakar before dedicating his life to the arts, reports RFI Africa. He was an outspoken critic of the commercialization of Senegalese art, and he was one of the first artists to openly critique the literary philosophy of Négritude.

We are saddened about the loss of our #icon #JoeOuakam, born Issa Samb in 1947. He peacefully passed away in his #iconic laboratoire agit'art in #rueJulesFerry like he wished. We want to remember him happy and a true life lover, more than an #artist, one of the great masters of #African #Contemporary #Art. #Samb #domoulebbou will live in our heart forever. #dakartportrait #video by #oumydiaw #communik #communiquedakar

According to French news outlet, Le Quotidien, the artists once vehemently called out mercantilism in the art world during a video interview. "The beauty of the world is art and culture," he said. "Now the so-called artists are selling this beautiful heritage left to us by our ancestors."

Samb's stand-out style and vibrant aesthetic made him a recognizable figure in his community and beyond. His home in Dakar is a city treasure that features a courtyard full of unique artifacts. It's known as a meeting place for artists and intellectuals, which will hopefully be preserved long after his passing.

In 2010 the National Gallery of Dakar exhibited a retrospective on the artist's life and career.

Have a great #sunday everyone! Enjoy this video of #JoeOuakam with the one and only #Abbe #JacquesSeck a beatiful testimony of religious tolerance in #Senegal. May peace be with you wherever you are. Bon dimanche à tous! - #buyart #african #contemporaryart. #iconic #priest #singing with #iconic #muslim #artist #letitbeforallofus #Travel #video by #oumydiaw #CommuniqueCPW