"It's Like Black Panther, But With Magic:" Tomi Adeyemi on Writing the Most Anticipated Sci-Fi Novel of the Year 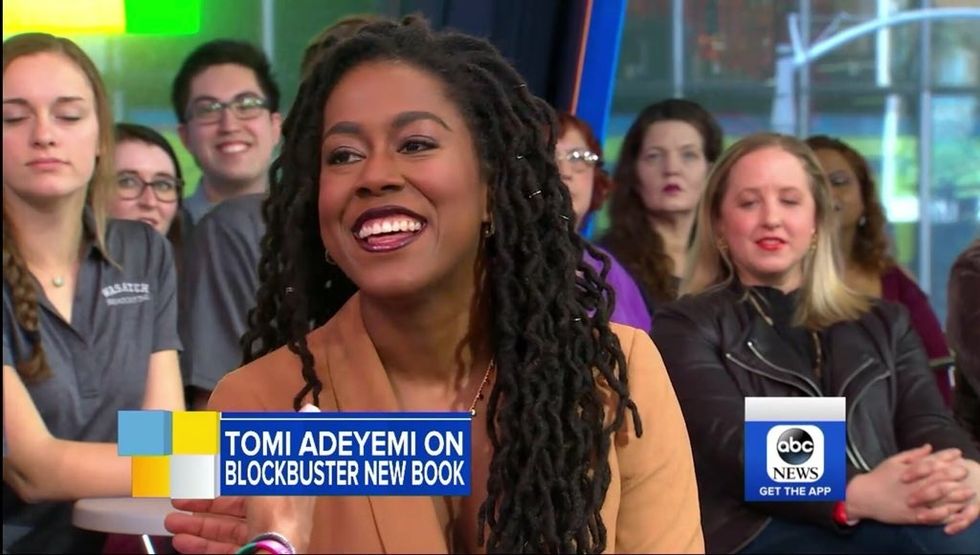 At just 24, Tomi Adeyemi has already made her mark on the literary world.

Her debut novel, Children of Blood and Bone, was picked up by Fox 2000 almost a year ahead of its release, earning the writer a seven figure deal—one of the most lucrative deals ever for a young adult writer.

Now the highly-anticipated book is here. Adeyemi made on appearance on Good Morning America on Wednesday to discuss the its release, the process of writing the book, and the Nigerian influences in her novel, referring to it as "Black Panther but with magic."

"We have like Lord of the Rings we have Harry Potter we have these stories that we love, but usually in the same setting," says the author. "So this time we're gonna get to see the same adventures that we love but in a completely different setting with completely new magic and characters."

Watch the interview below, via ABC News.

Her novel is one of the most talked about releases of the year, and it has already garnered rave reviews. It's currently a number one bestseller on Amazon.

But everything changed the night magic disappeared. Under the orders of a ruthless king, maji were killed, leaving Zélie without a mother and her people without hope.

Now Zélie has one chance to bring back magic and strike against the monarchy. With the help of a rogue princess, Zélie must outwit and outrun the crown prince, who is hell-bent on eradicating magic for good.

Danger lurks in Orïsha, where snow leoponaires prowl and vengeful spirits wait in the waters. Yet the greatest danger may be Zélie herself as she struggles to control her powers—and for her enemies."

You can read and excerpt of from the novel, here.

The author captured the hearts of many, including sci-fi legend Stephen King, when a video of her unpacking her book for the first time went viral last month.

On International Women's Day, we celebrate Adeyemi and her massive success. Her dedication to championing African narratives and representation for young black readers is truly inspiring.

Children of Blood and Bone is available everywhere now.