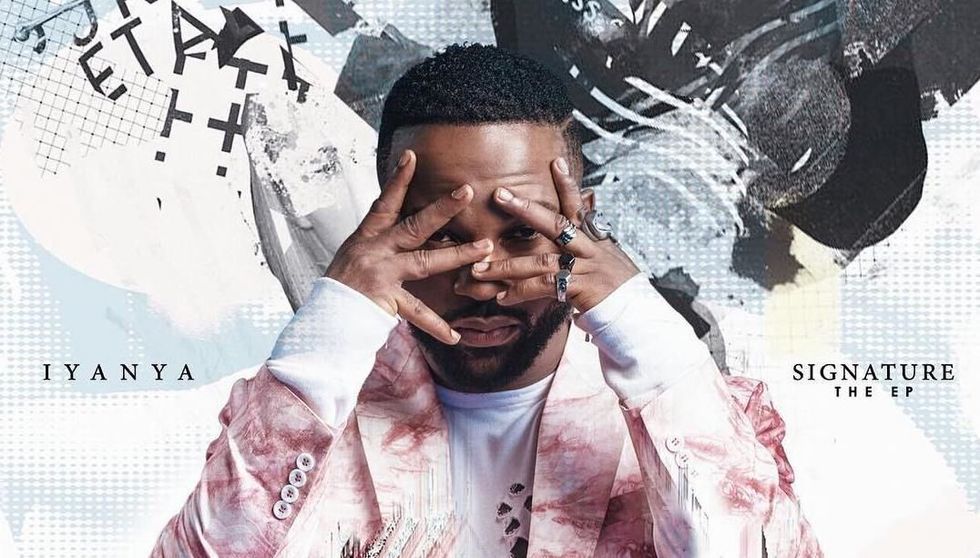 Iyanya's singing has grown surer and the 'Signature' EP shows maturity in a genre that is still figuring out a name for itself.

Iyanya’s move to Mavin Records might have provided Don Jazzy with the fresh challenge of working on entire projects with a proven singer who has a solid fan base, and Iyanya's with a team of proven producers in Jazzy, Babyfresh and Altims—a perfect move for both parties.

There is an Iyanya that would be very content making “radio R&B” but for the inconvenience of appealing to fans who have had decades of the stuff from its American originators.

There was a proposed joint EP with UK R&B singer Angel. This was probably a retail outlet for the pent up R&B melodies that afrobeats fans just won't buy wholesale, but the project has yet to materialise.

Iyanya displayed strong R&B chops on “Wambi” the first song off Applaudise, a well rounded album full of very good, often exceptional singing and equally-solid production throughout, but lacking the absolute bangers that the uneven Desire had, like “Kukere” or “Ur Waist.”

This R&B chops are yet again evident on Signature, especially on “Nobody Has to Know” a viscous jam (no pun intended) dripping with sweat and sex and a very charged and disturbing lyric “beat that pussy into submission, baby let me in” right off the lascivious chamber of R Kelly’s brain.

"Nobody Has to Know" is produced by Altims, who made “Do Like That” for Korede Bello, and who here also made “Not Forgotten” featuring Poe, a new addition to Mavins and its first rapper.

The song has a clear narrative line and a very touching moment of recollection when in 2010, while backstage in Abuja, Iyanya received a call informing him of his mother’s passing. It is done in a particularly R Kelly-like flourish and he has a well documented adoration of his own mother.

Babyfresh produced “Baby Answer” and “Celebrate” which is a mid-album cut that may get little love for being just that. But as a support case for 'afrobashment'—which many artist in the UK are making and many in Nigeria have made—it is a good one.

A personal game of expectations to see how many and what songs Don Jazzy produces on new Mavins projects continues to repay interest. Jazzy has produced four of the eight songs here, more that he did on Korede Bello's Belloved, the only other major Mavins release of the year and a long awaited debut.

“Bow For You” stands out from the rest here but pales when heard next to “Rotate” which Jazzy made for Wande Coal, the song it most resembles. The latter was made in 2013—a life time in this new afropop era— but is 'till this day a winner. “Odo Ye Wu” continues the long tradition of repurposing gospel for pop and features good old Jazzy adlibs. “Hold On” is a plea to a love interest not to rush heart matters.

“Up To Something,” released last October when Iyanya officially joined Mavins, features Jazzy’s big boy crooning which Nate Dogg made a career out of, as well as the durable Dr Sir.

As well as being a survey of the Mavins star-studded roster, the video has Iyanya, Jazzy and Dr Sid in impressive suits besides plush cars and a huge house telling of their successes so far.

Also all three don't dance much. The big boy sway tells of maturity as individuals but also as afrobeat practitioners free and above fads or the eagerness to prove themselves.

Also, it tells of already successful artists entering new phases in their careers. Iyanya may not have come up with more bangers like “Kukere” but his singing has grown surer and surer, and the projects are mature in a genre that is still figuring out a name for itself.