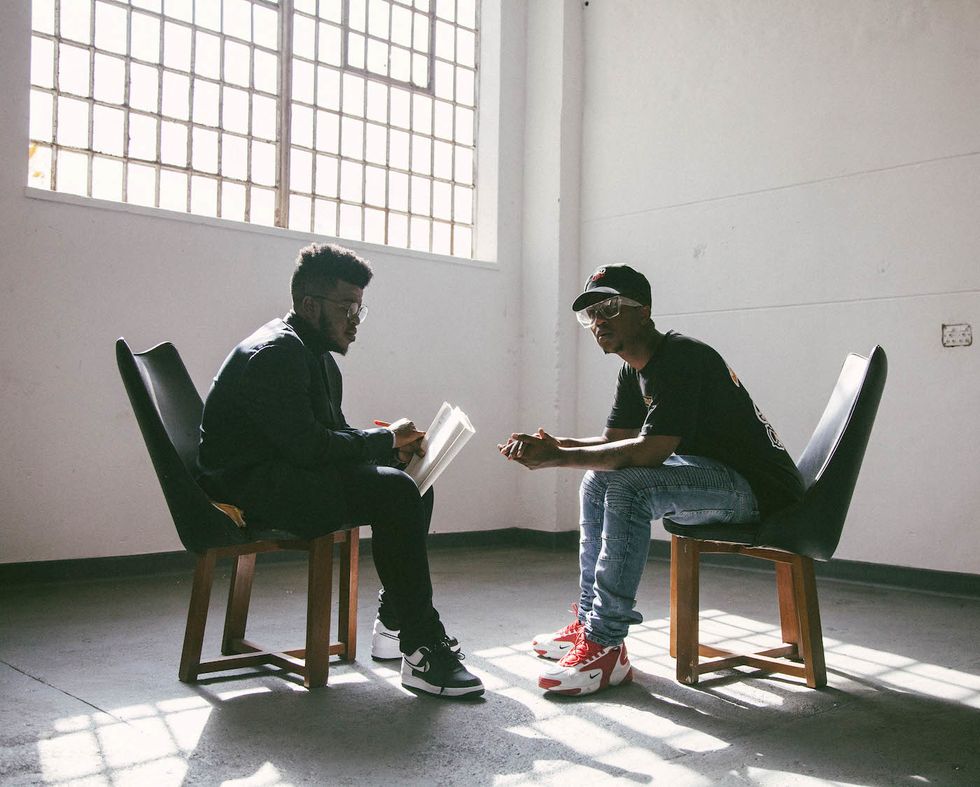 The visuals for J-Smash and Emtee's 'Never Fall' are here.

"Never Fall," the lead single to J-Smash's Rise of a King EP, finally has a video. In the visual, which was directed by Motion Billy, Emtee opens up to J-Smash who is playing a shrink of some sort. Emtee is assuring the man that he will never fall, he's here for the long run.

"Never Fall" is one of the strongest songs on Rise of a King, an EP which has serious heaters. Rise of a King is J-Smash's debt EP, and features, alongside Emtee, the likes of Ginger Trill, B3nchMarQ, Yanga Chief and a few more.

Watch the music video for "Never Fall" below, and stream Rise of a King underneath.