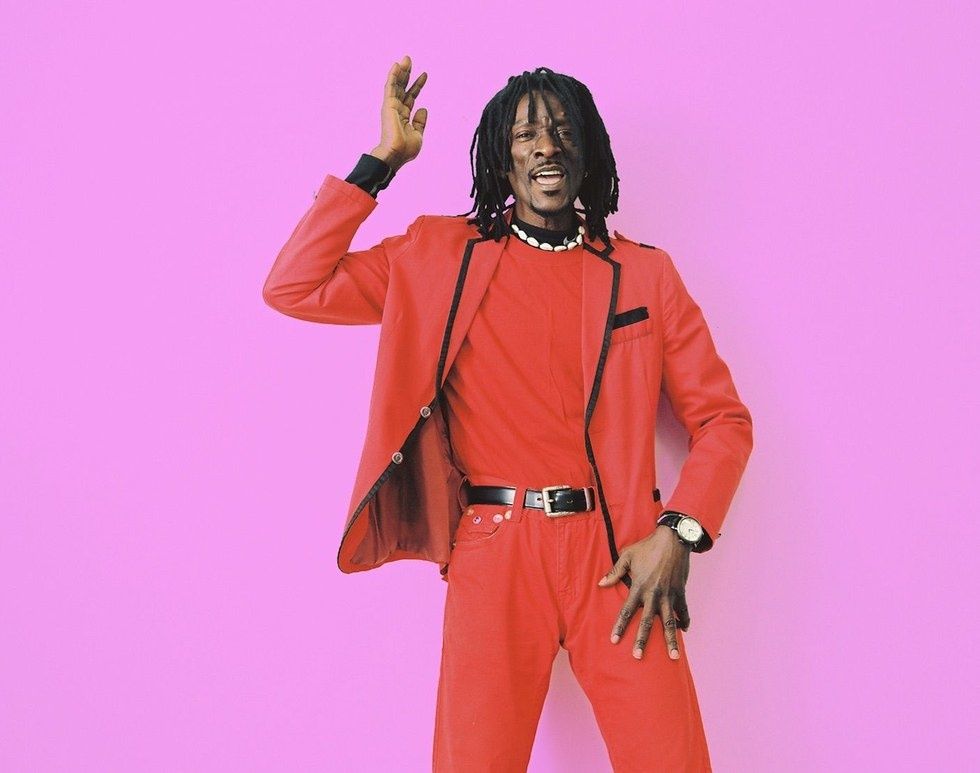 News arrived this morning that Janka Nabay, the king of 'bubu' music, has passed away.

OkayAfrica also received word from label, Luaka Bop, about the passing of Janka Nabay, who mentioned that the artist died in Sierra Leone following a short illness. "He died unexpectedly in the Kambia District of northwestern Sierra Leone on Monday, April 2, following a sudden stomach illness," Luaka Bop writes in their obituary.

"His body was transported to Freetown on Monday evening for funeral services on Wednesday, April 4. His death was confirmed by his longtime friend, journalist Wills Glasspiegel, and his bandmates of 8 years, Boshra AlSaadi and Michael Gallope, who have been in touch with his family in Sierra Leone."

Janka became a star in 1990s Sierra Leone for this updated take on traditional bubu music, which he created by adding electric studio instrumentation to the traditional genre.

He moved to the United States in 2003 and, since then, has released a number of bubu music records alongside the Bubu Gang on labels like True Panther and Luaka Bop. His 2012 album, En Yay Sah, received wide critical acclaim across influential publications like NPR and Pitchfork, and was a heavy favorite at our OkayAfrica offices here.

"Build Music is an album that I cherish a lot, because for a long time I don't make no album," Janka told Bandcamp at the time. "It's like trying to build something different because our country doesn't have a signature trend of music. In Sierra Leone, we played borrowed music—reggae, hip-hop, R&B—nothing is ours. I tried to build our trend. That's why I pick the name, Build Music. In Build Music, I'm on a safari to America."

Last year, Janka Nabay listed his 10 favorite things he loves about Sierra Leone for us, which included his village of Masimora, his favorite soccer team East End Lions and, of course, bubu music.

"In recent months, Janka was at work on his third full-length album in a collaboration with the up and coming Sierra Leonean producer, Lanzo On D Beat, before his life was tragically cut short," writes Luaka Bop. "He had plans to complete, with Lanzo, a third album for Luaka Bop, with the hopes of future international touring with his Bubu Gang. While the third album is currently incomplete, upon the news of Nabay's death, Lanzo wrote this song from his studio in Freetown, 'RIP Janka Nabay.' "

RIP King of The Bubu Janka Nabay Our hearts goes out to his friends and family, his great spirit, to the surviving… https://t.co/V26JFc3RwU
— Multiflora (@Multiflora) 1522678276.0