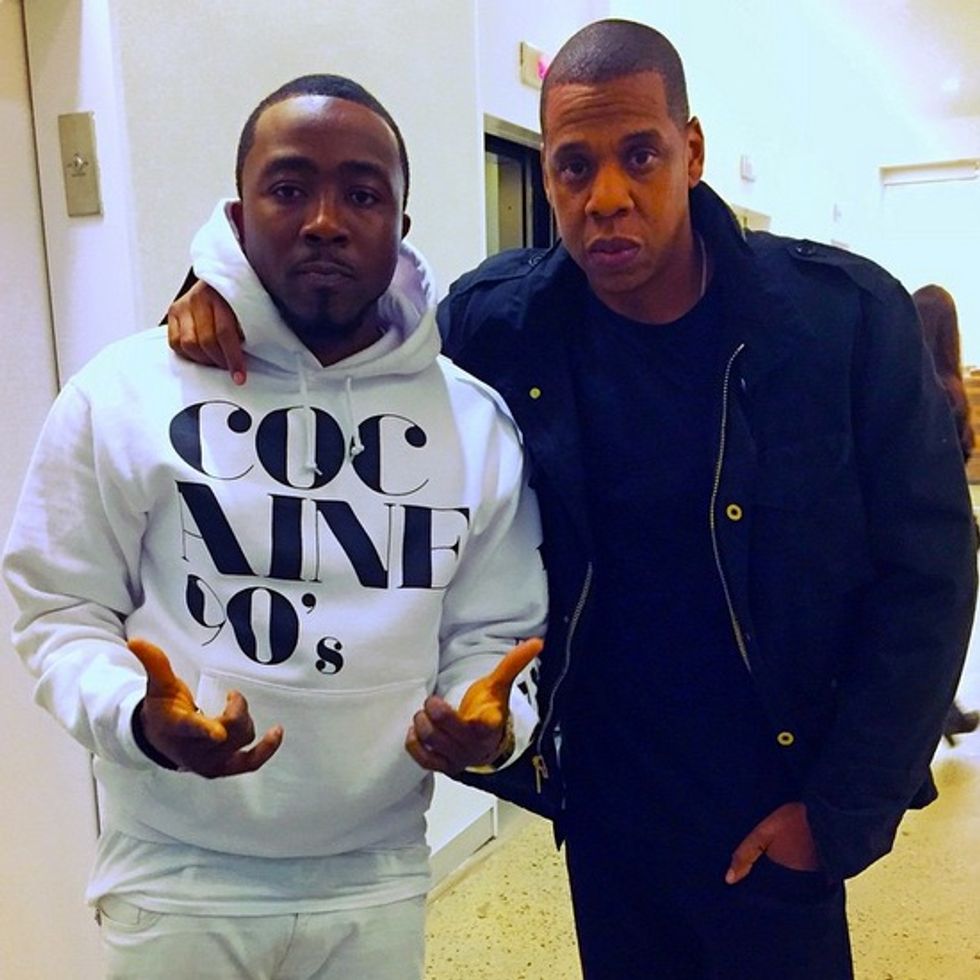 Jay Z confirms that he's sent his cousin and Roc Nation director of mobile strategies to scout for 'new talent' in Nigeria.

Yesterday afternoon Jay Z took to his twitter to defend the status and building process of his new streaming service Tidal, which launched last month. In between a string of #TidalFacts that focused on the company's long-term goals, Mr. Carter revealed that his cousin's "just moved to Nigeria to discover new talent." Severaloutlets have noted that the cousin Jay refers to is Briant “Bee-High” Biggs, Roc Nation's current director of mobile strategies. Instagram shows that he's been hanging out at Mavin Records' headquarters, where he's met label songstress Di'Ja and presumably other artists. It makes sense now that fellow Roc Nation signee Jay Electronica is currently in Nigeria as well. We know Jay Z's already metIce Prince. Who else do you think he's scouting for Roc Nation?

My cousin just moved to Nigeria to discover new talent. Tidal is a global company.