'To Repel Ghosts': A Short Film About Jean-Michel Basquiat In Cote d’Ivoire 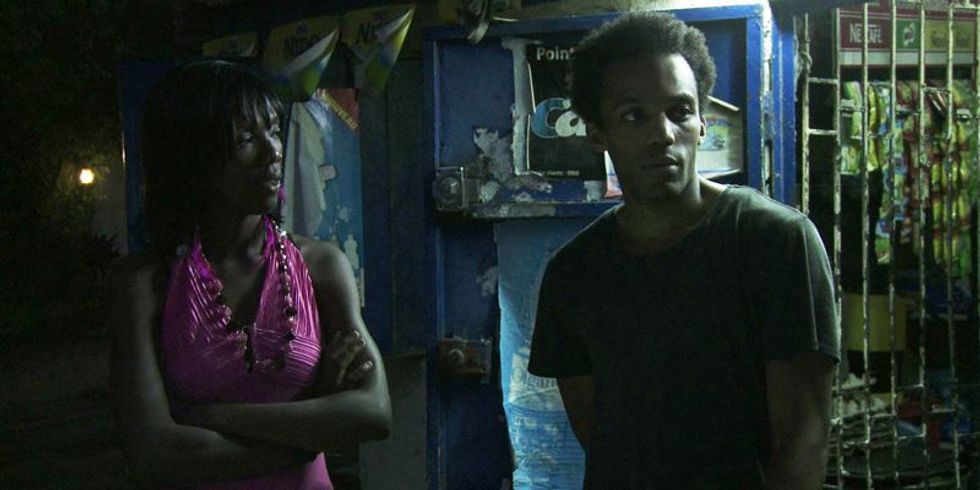 In the photograph, Jean-Michel Basquiat sits on a narrow boat; he wears a radiant smile; behind him stands a woman, fiddling with what looks like a photography camera. Seated next to Jean-Michel is a male of Caucasian descent and outside of the boat, a black male, with a rowing stick in hand, rows the boat ashore. That is half the picture; half the narrative. Behind them sits a lake, or a part of an ocean and there are houses beyond the water that appear at first glance to float on the water itself, and behind the houses is a dense forest, and beyond the forest, albeit completely obscured, I imagine, lies the rest of the universe with all its imperfections. This is the picture of Jean-Michel Basquiat in Cote d’Ivoire.

Photo via Africa Is A Country

Among the six short films screening as a part of the African Metropolis series at the Santa Barbara International Film Festival is Phillipe Lacôte's To Repel Ghosts. The nucleus of the film's narrative is Basquiat, who in August 1986, two years before his death, travelled to Abidjan. The Nouchi/French-language film, which made its international premiere in September at the Toronto International Film Festival, has gone on to screen at the Dubai International Film Festival as well as Rotterdam. Ghosts is not a biopic (though it has elements of one), but rather, director Phillipe Lacôte’s homage to Jean-Michel’s journey. In the story, an exhibition opening turns into a voyage through the city to prophesy the future with a soothsayer – and results in a revelation that Basquiat did not conceive. The film’s title is in reference to Basquiat’s crayon-on-wood To Repel Ghosts piece. A painting that, perhaps more-so than any other, sums up Basquiat's life in perfect crayon strokes. Ghosts tirelessly poached Basquiat; and he spent most of his life repelling them. The painting was completed in 1986, the same year of his artistic voyage to Cote d’Ivoire.

To Repel Ghosts screens February 6th and 8th at the Santa Barbara International Film Festival as a part of the African Metropolis series, which features six fiction shorts from filmmakers in Abidjan, Cairo, Dakar, Johannesburg, Lagos, and Nairobi. Watch a short teaser below.