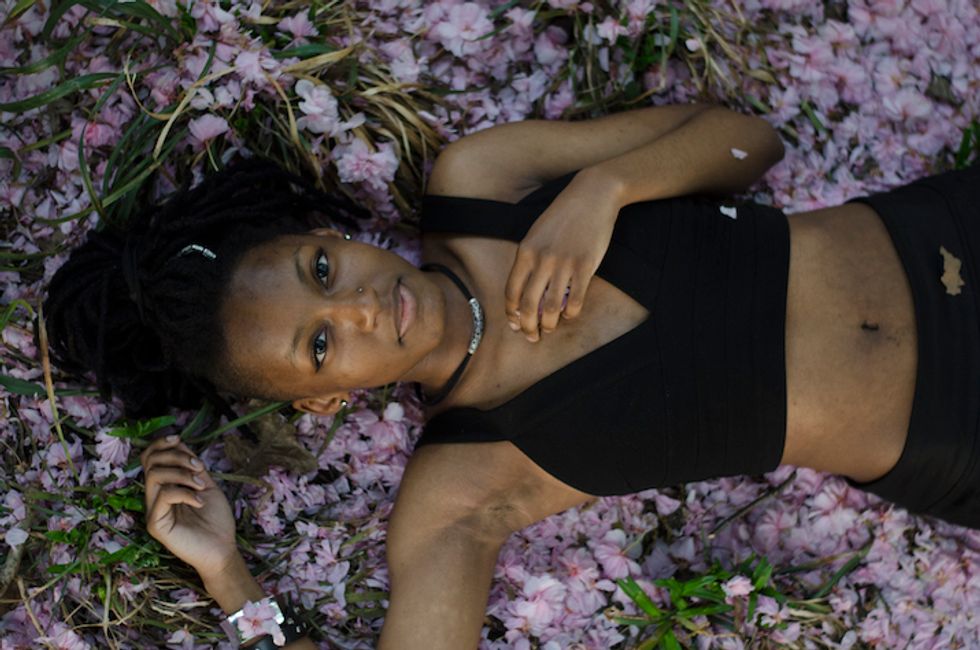 As a photography major at Parsons School of Design, Jeana Lindo understands the significant role that imagery plays in the day-to-day lives of Black women and the way they are perceived.

Her most recent project, Elegant Black Ladies, aims to reclaim conventional images of Black femininity and suffering through a detailed study on the “Carefree Black Girl,” a subversive archetype-turned-hashtag that has sparked a viral movement online and off.

“While stories of our pain are essential to our identity, pain is not our identity,” Lindo, 21, tells Okayafrica. “The world may attack black women, but still we remain smiling, laughing, and carefree because we are stronger than any forces against us. Images of the Carefree Black Girl say ‘I am here and I am thriving no matter what you throw at me.’”

What began as a solo photography exhibition, which debuted this past August at Brooklyn's TunnelVision Gallery, has evolved into what Lindo describes as “a picture book.” The young women featured in the project hail from the United States, the Caribbean and Africa. Most of them were recruited from The New School’s Students of the African Diaspora organization.

From rocking a full head of natural curls while swinging from a lush cherry blossom tree to striking a defiant pose with one’s underarm hair on full display, these spirited models represent a wide range of diversity in terms of shape, size, skin color and personal style. Lindo wanted to create images that reflect the “inner beauty” of Black women, ones that “elevate rather than objectify” them.

Elegant Black Ladies is meant to expand upon the diversity of Black female beauty and combat the trope of the suffering Black woman. My pictures are about black women re-establishing ownership of their bodies,” she says. “It is about seeing black women as whole human beings, not just body parts.”

Elegant Black Lades is currently available for purchase online and in print at MagCloud.

**Ed. Note: An earlier version of this article incorrectly referred to The Students of the African Diaspora as a Parsons organization. The organization includes students from all divisions of The New School.