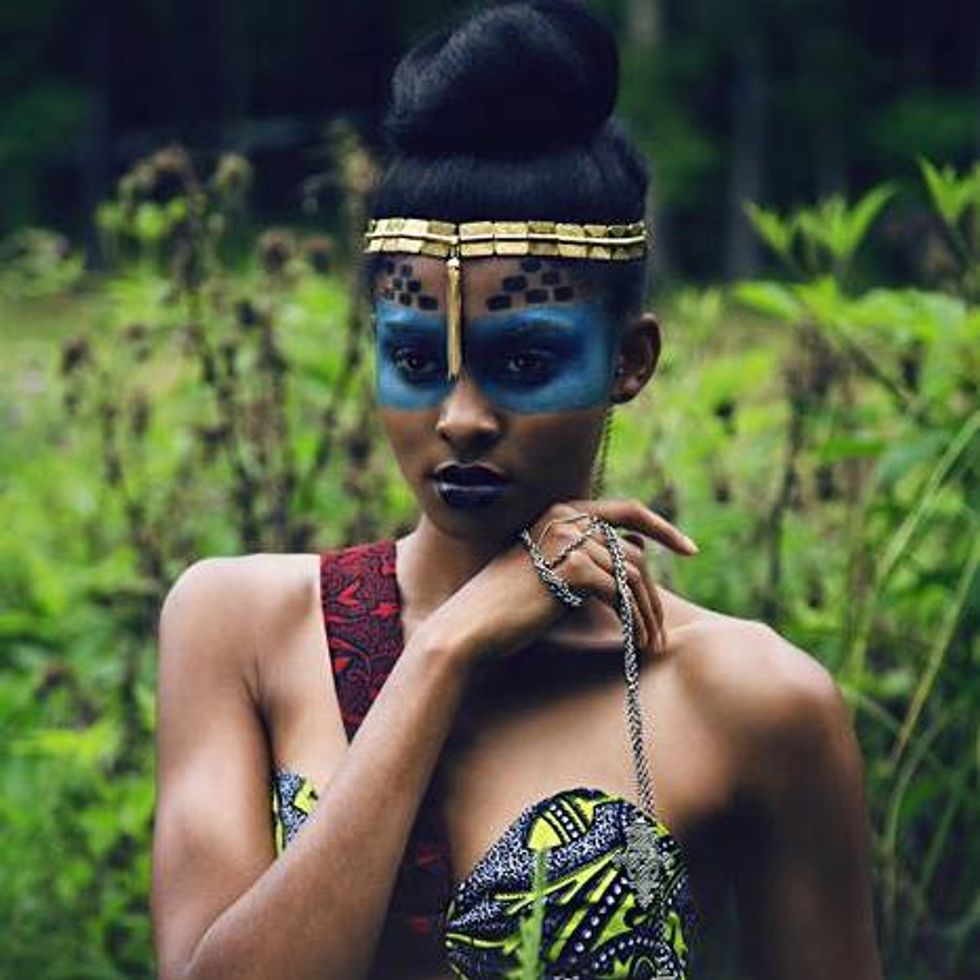 Founded in 2007 by Yvette Taï-Coquillay, Labo Ethnik was created as a way to promote both emerging and established designers from across the globe on the Parisian scene. This year the 8th edition of Labo Ethnik will also welcome interior designers, adding visual arts to the festival’s roster. As the event comes a close, we finish our features on the designers that participated in its 2014 edition. Below, we talk with Sharufa Rashied-Walker, of the designer of New York-based label JINAKI, a brand that crafts contemporary womenswear designs.

SRW: JINAKI is a contemporary womenswear brand currently based out of New York City.

SRW: JINAKI was launched in February 2012. My passion for fashion was reignited while I was living in Nice, France in 2010. It was there where I started to sew garments using fabrics I had collected throughout my travels in Europe. Most of the textiles came from the African continent, I wanted to incorporate them into my modern designs. And so JINAKI was born!

SRW: I did not study fashion. I attended a small school while living in Nice to learn the basic techniques of the sewing machine.

OKA: Where do you seek inspiration?

SRW: I find inspiration everywhere! I love vintage, so classic films inspire me. I love how I can find inspiration while walking the streets in any city in the world! I love how fashion is an art form and becoming inspired can come to you and many shapes and forms.

OKA: How would you describe Jinaki's signature in one sentence?

SRW: JINAKI is bold; for a fearless woman; and becomes a muse for all.

SRW: JINAKI is special because of it's uniqueness. This is a global brand highlighting global textiles for women everywhere!

OKA: Your brand makes me think of a young & hip African who blends traditional roots and contemporary style. However, do you think that you're bringing something new to the table?

SRW: JINAKI is bringing something new because it's for the young women (and soon to be men) in Brazil, Argentina, India, and other countries throughout the world. I am an African woman living in the diaspora and the textiles I have presented I have grown up with, so naturally they were the first to be incorporated into my designs. But JINAKI promises to highlight textiles from many countries throughout the world.

OKA: What is cool?

SRW: Being comfortable in your skin and having a great eye!

SRW: I was just in Senegal and fell in love with the beautiful sounds of Youssou N'Dour, I would love to design something for him!

OKA: What do you think of the term 'African fashion'? Would you associate your brand to this term?

SRW: I am not totally in love with that term because I feel it limits the designers coming from the continent and throughout the world. Each artisan has a story and it is unfair to discredit the origin of a specific textiles or trimming under the umbrella of "African fashion." I would like these stories to be given credit, because the same techniques used to create print in Senegal are different from Cote D'Ivoire.

OKA: What did it represent for you to be part of Labo Ethnik's 8th edition?

SRW: JINAKI's presence at Labo Ethnik was very BIG! It meant a lot to be associated with a global platform such as this and I was honored to be in attendance with many other well respected designers. I [saw] great fashion and introduc[ed] JINAKI to a new market!

OKA: Describe Jinaki in one word.

SRW: Okayafrica is an awesome outlet for all things current happening in the continent and throughout the diaspora! Definitely a viable resource for all.