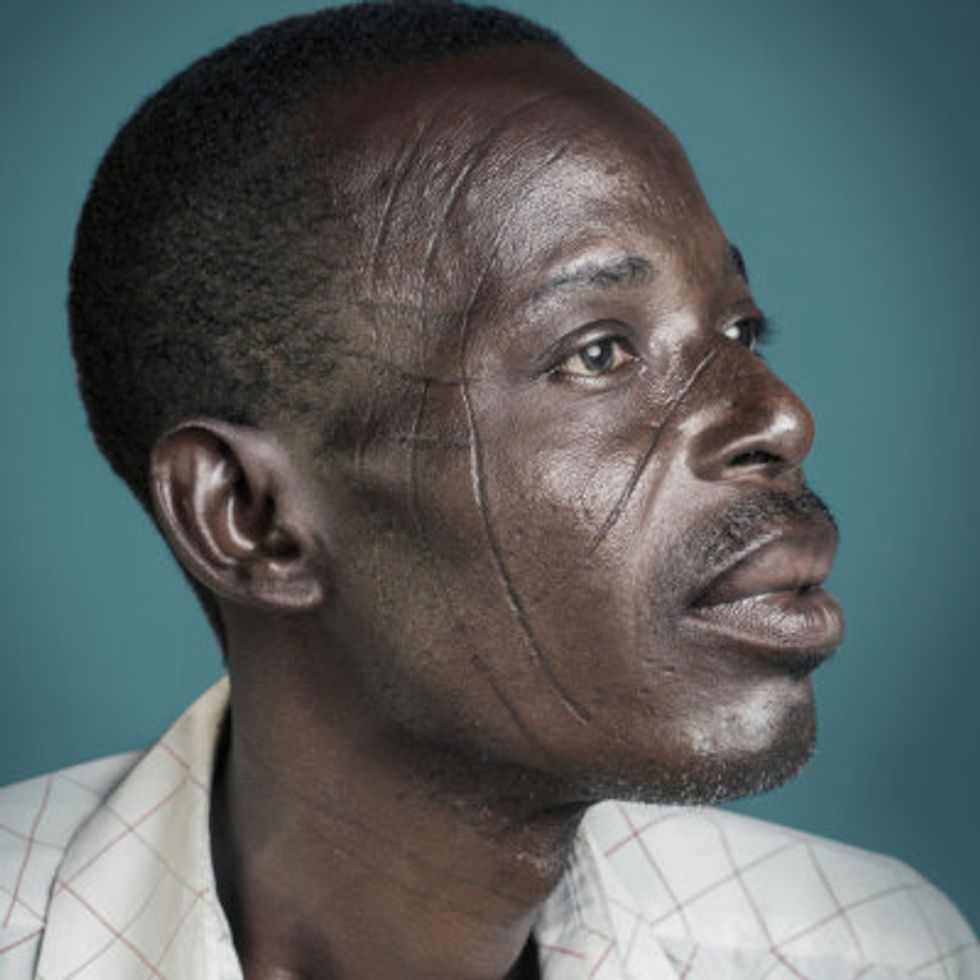 Ivorian artist Joana Choumali's portraits carry a tremendous raw truth with them. Her Hââbré, the last generation project documents a fading generation of Abidjan citizens with facial scarifications. As the practice becomes more uncommon, Choumali decided to create one of the only contemporary digital records of scarification. She explained to Afropunk: "This practice is disappearing due to the pressure of religious and state authorities, urban practices and the introduction of clothing in tribes. In many villages, only the older people wear scarifications. This series of portraits lead us to question the link between past and present, and self-image depending on a given environment. Opinions (sometimes conflicting) of our witnesses illustrate the complexity of African identity today in a contemporary Africa, torn between its past and its future. During my research, all I found were pictures from the beginning of the century, taken by ethnologists, and only a few contemporary images. I also had trouble finding people to photograph because of their rarity. This “last generation” of people bearing the imprint of the past on their faces, went from being the norm and having a high social value to being somewhat “excluded”. These last scarified are the last witnesses of an Africa of a bygone era." Scroll through our gallery to view the photographs and if you want to talk about it, tweet @okayafrica with #joanachoumali.