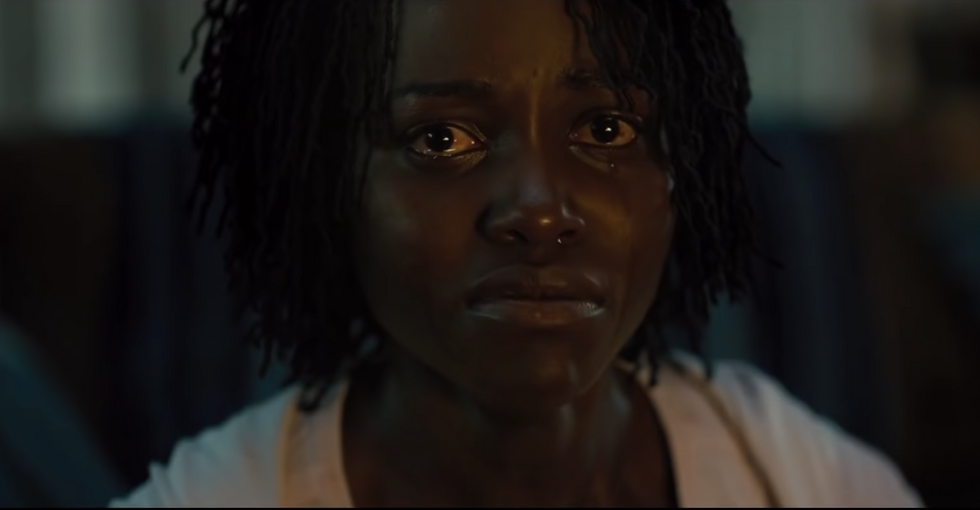 Even for those of us that don't care about the horror genre, a new film from Jordan Peele is always something to be excited about.

On Christmas day, Peele dropped the trailer to his upcoming film Us which looks even more epic than Get Out. The new project will be coming out on March 15 2019. The film features Lupita Nyong'o as Adelaine and Winston Duke as Gabe, a cute couple on a vacation to their summer home in California where everything will inevitably go terribly wrong.

Unlike most trailers that give away the whole story in a few minutes, the plot is not that clear from the scenes showed. All we know is that there will be a lot of blood caused by a mysterious pair of scissors. If the movie is as crazy as this trailer makes it seem, you won't be looking at scissors the same way next year.

Anticipating how fans might compare this to Get Out, Peele said that Us will not be about race. Describing the new film he said, "For my second feature, I wanted to create a monster mythology. I wanted to do something that was more firmly in the horror genre but still held on to my love of movies that are twisted but fun."

While the trailer has some horror movie tropes that could be repetitive like the theme of monsters breaking into a house, Peele's films tend to give intense dark twists to predictable moments. Fans didn't quite know what the monsters in the trailer represented leading to a lot of speculating on twitter in anticipation of the new film.

I’m trying to figure out what the twist for Us might be and the furthest I’ve got is voodoo related but that sounds… https://t.co/O7nuGNi9ji
— Chip Douglas (@Chip Douglas) 1545759253.0

@Lupita_Nyongo @JordanPeele @Winston_Duke I want to watch it for all the chocolate I see but maybe I shouldn’t… https://t.co/BcUMOanBLO
— Priscilla Alabi (@Priscilla Alabi) 1545765531.0