Nigerian-British Filmmaker Joseph A. Adesunloye On African Cinema In London 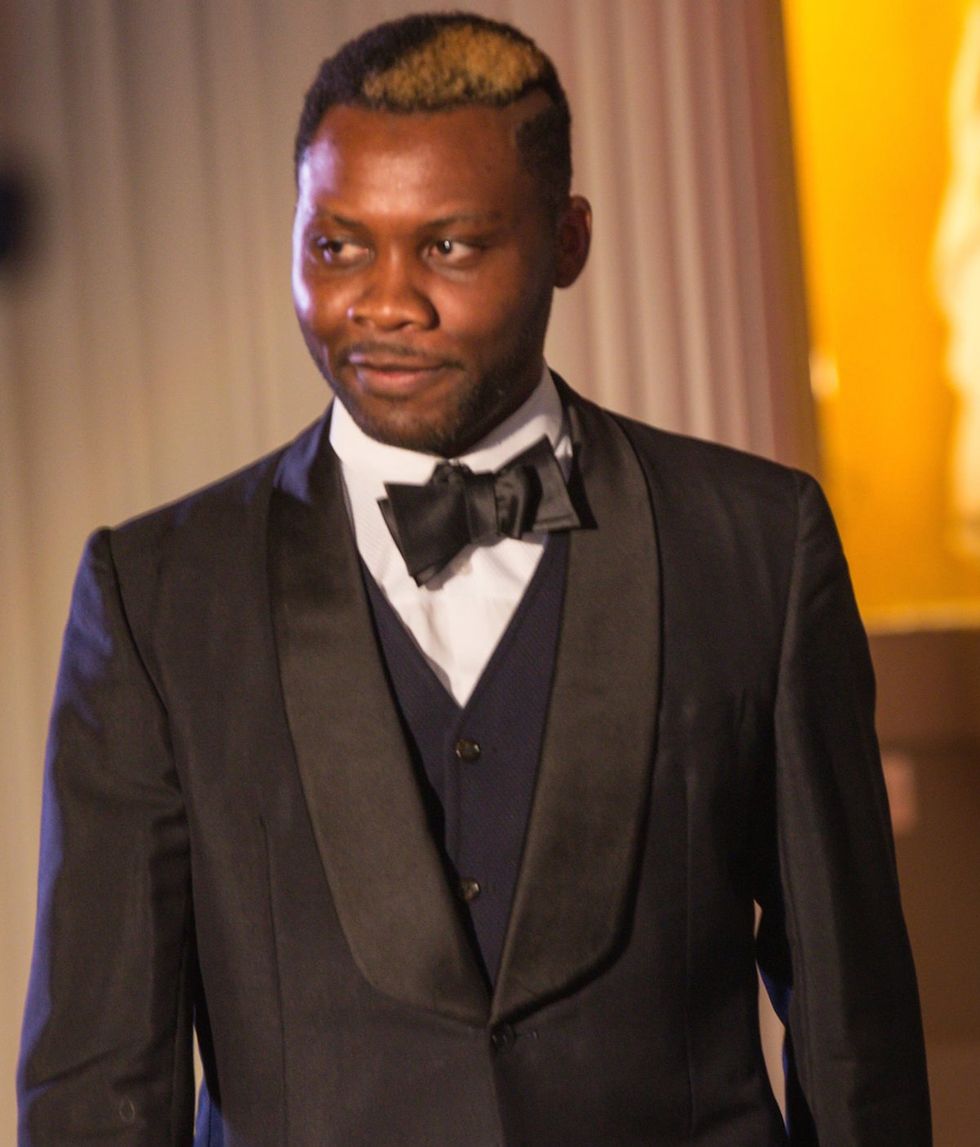 Courtesy of Joseph A. Adesunloye

After receiving acclaim for his short film, Beyond Plain Sight, Nigerian-British filmmaker Joseph A. Adesunloye is gearing up to premiere his first feature film, White Colour Black. Starring the up-and-coming actor Dudley O'Shaughnessy, the film is about a young mixed-race British man who must return to Senegal to bury his estranged father. Born in Lagos, the director, screenwriter and producer is a graduate of the University of Aberdeen and the London Film Academy.

Last year’s BFI Film Festival: London On Film kicked off with We Are the Lambeth Boys, a 1959 film documenting working-class life in South London, an area that contains London’s Nigerian hub. As is the case in many cities around the world, South London’s working class communities have been forced out by rising housing prices in recent years.

Despite this, South London’s creative community has continued to celebrate and document its cultural legacy on film. The growth of independent cinemas and film festivals across London has enabled a greater variety of local and international stories to be shared.

Okayafrica caught up with Adesunloye to talk African cinema in London and his upcoming projects.

Seonaid Weightman Murray for Okayafrica: Would you say you are interested in making mainly African films?

Of course I want to make films all across Africa and I want to make movies all across Europe and all across Asia. I love places that have a rich distinct sense of culture about them and I love dual identities. Even though I’m Nigerian or African, there are a lot of people like me who are kind of mixed cultural heritage and I think that is intriguing. A lot of people who move to different places even within one country become informed by very different things so you’re not one thing. I’ve always wanted to explore that, but I almost always want to do it within a context of someone who has a heritage that is African meeting that other part of the world. I always want to have this prism of a global Africa.

Why do you think positive portrayals of Africans traveling—even within the continent—have been absent from film?

It’s got to do with who funds film and the kind of stories that they want to tell. For example Beasts of No Nation has been getting a lot of wonderful press but there is something problematic about the fact that that one wonderful story which was written by an African (I haven’t seen it so I can’t say) isn’t made by Africa, or rather the director isn’t African, but most importantly the finance and the funding isn’t African.

Will African filmmakers tell those kind of films differently? More problematic is why is it always stories about conflict or suffering that seems to get the most attention? Really it’s got to come down to funding. Africans have to find a way to fund stories that are about themselves.

Your films, like Beyond Plain Sight, often deal with dark topics. Where did the idea for that movie come from?

Beyond Plain Sight almost started as a ‘What if?’ There were a lot of things in the news about psychopaths, cases like John Venables. I had just moved to the UK when that story really blew up and this conversation about ‘MONSTERS!’ And you have to ask yourself what drives normal people to do that?

In films, the bad guys always get caught and I thought what if you had this person—so charming nothing could be attributed to him—no one would believe it. Ryan is someone who is capable of creating beauty that other people can admire. The three large canvas’ in the living room [of Ryan’s house] were painted by Nigerian artist Alexander Ikhide who does collages and paintings about blackness and identity. We needed to see some of Ryan’s heritage but we also have to believe that he could trap somebody and it needed to be dark.

I want my films to be physically beautiful even if they are dealing with very ugly dark things. I also wanted people to be uneasy. I remember when it premiered at Raindance, I’d gone to pick up my filmmaker pass and one of the women handing out the passes gave me my pass and then realised and was like “Oh my god you directed Beyond Plain Sight! I saw it yesterday and you freaked me out!” I was like “Thank you”

There are a few shots of the film where he is clearly in Brixton, like the arches. Why did you choose for him to be from Brixton?

The reason why I wanted Brixton and the market in particular is it’s steeped in history. Of course it’s changing but it’s a part of London that was so associated with being Black, primarily Caribbean and a little bit African, but also a sense of community.

I wanted that historical connection and I wanted him to be in a space where all these people would have watched him grow up. Slightly different to say Dalston and Ridley Road Market where of course you have people who have been there for a very long time but also you feel it’s newer immigrants. I wanted that very established nature. Also there is something interesting about the energy around that part of London.

How did your collaboration with the South London Gallery come about?

I wanted a space to screen African films and we teamed up with the Africa Centre in Covent Garden for a year at first and through that I was approached by the South London Gallery to work on their South By South project. It’s a contemporary art gallery—nothing about it screams Africa in the slightest—so it’s really good to bring a little bit of that into that space. I had a friend do a writing master class after showing Gone too Far and she said to me “I was born and raised in South London and I did not know the South London Gallery was here!”

It’s a really needed resource, to get African stories out there seen by diaspora but others too because the important thing is just visibility, it breaks up this idea of this monolithic continent.

Increasing rent prices are threatening a lot of creative spaces in places like East London. Do you think London’s creative community will be online in the future?

The online cannot be a substitute for the real world. People go online because they have been priced out but they would still rather be together. The tragedy of what is happening in East London and what is going to happen in South London is the fact that you have creatives who just aren’t able to afford to be creative. Online is a necessary tool but it’s not by choice entirely.

Is London contributing to the African film industry or should it be seen as a separate entity?

Not necessarily. London is a bubble. We have to remember London is not a reflection of the UK. We [Londoners] are the minority and the majority of the UK does not function in the same way. But it doesn’t need to be isolated in terms of filmmaking; you can have allies everywhere.

It has to be a collaboration it can’t just be about ticking boxes. Africans in the diaspora have to realize they are an important part of the continent’s development. Nigeria’s diaspora is close to 20 million people and they sustain their families and the economy and all that. Why should it only be them sending money home? Exchange other things, exchange ideas, it needs to be a dialogue

What film projects are you currently working on?

I just finished directing my first feature film, White Colour Black. It’s about a young mixed race photographer in London who is estranged from his father in Senegal who suddenly dies. He is faced with the situation where he has to go back to Senegal, a society he hasn’t been back to since he was very small. So he is rediscovering a place that has become foreign to him. The film was originally set in Nigeria and I had to move it when there were these talks about the election last year and people thought things were going to get destroyed and turn violent because of the elections! In the end it all passed peacefully. Africa as a continent has the ability to confound its nay-sayers. Senegal with its history in cinema seemed right although I had to adapt the story.

It stars Dudley O'Shaughnessy who shot to global prominence after starring in Rihanna’s "We Found Love" video. I love him, because as an actor he is wonderful, always grafting and finding very tangible ways to bring his character to life. This is his first lead role in a feature and I think people will see something very different from him.