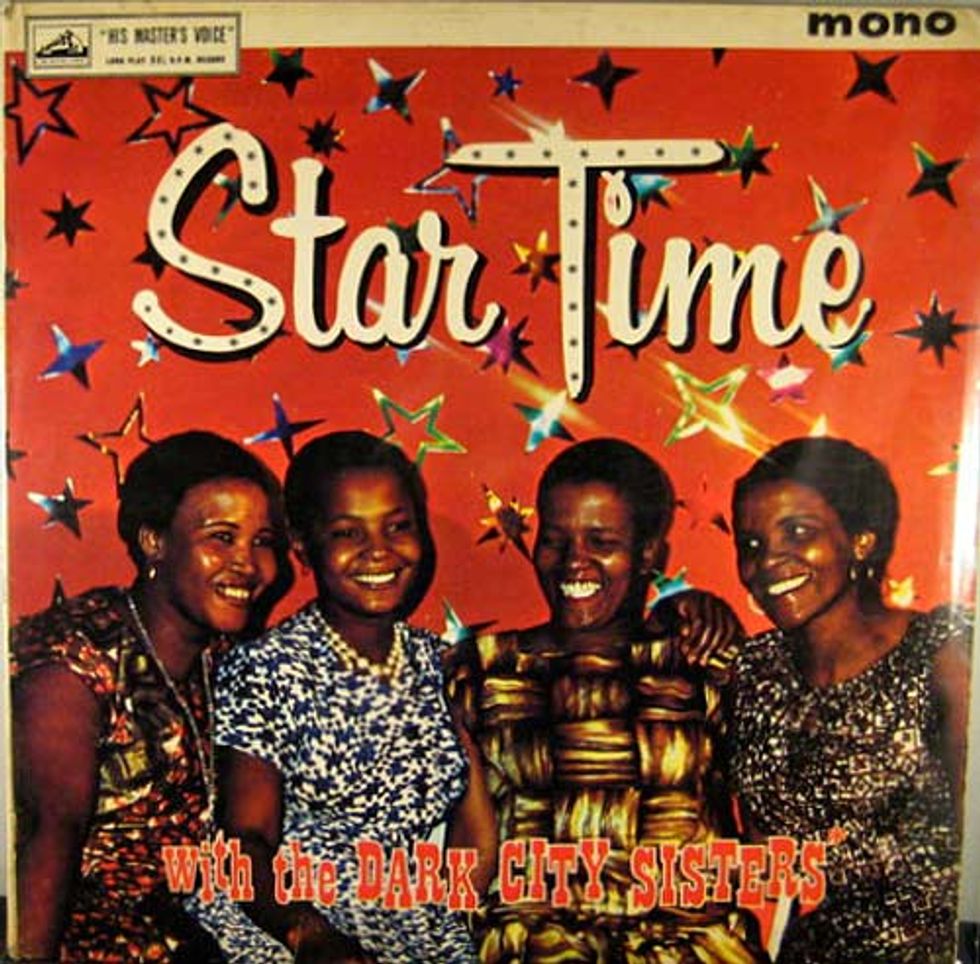 The always on-it folk at Electric Jive pay respect to the recently deceased Joyce Mogatusi, lead singer and bandleader of 50s/60s South African harmonic girl group Dark City Sisters. Guided by Mogatusi, the Dark City Sisters — named after Alexandra Township, back then known as "Dark City" due to its lack of electricity — helped usher in what would later be known as the mbaqanga style. "By 1964, the Sisters had become the most popular female group in South Africa – and a large part of this success can be attributed to the vocal talents of Mogatusi and her ability to lead the team of women in joyous song." Read an extended account of Joyce Mogatusi's tremendous contribution to SA music over at EJ. Hear "Tap Tap Ntshebe" above and download A Tribute to Joyce Mogatusi mixtape below.

>>>Download A Tribute To Joyce Mogatusi (via Electric Jive)