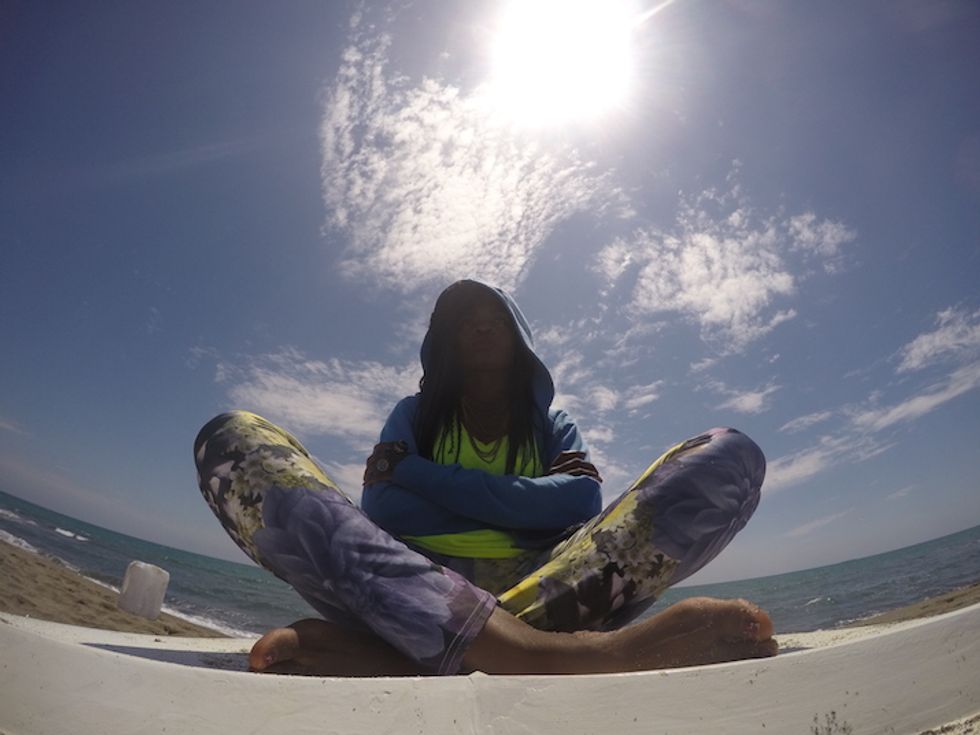 'Bantu Juke' MC and beatmaker Karima 2G shares calls out the European Union for their lack of concern and response about "Refugees."

Liberian-Italian rapper and beatmaker Karima 2G shares a resonant plea for World Refugee Day in her latest visuals for "Refugees." The self-directed music video features the MC calling out the European Union's lack of a comprehensive policy to address the thousands of people fleeing Africa and the Middle East across the Mediterranean.

"This song was written in memory of all those Refugees and Migrants who are in Europe still suffering and dying at our borders," Karima explains to Okayafrica in an e-mail. "Prime Ministers and Politicians all over Europe are not willing to search for solutions to one of the biggest tragedies of our time: the suffering and dying of thousands of refugees in the Mediterranean Sea. These people fled from war and hunger, they struggle for a better Life. We must remember the refugees who passed  away by fighting for their rights! I believe that Italy cannot do it on it Own. Is time for the EU institutions to take Action!"

Get acquainted with more of Karima's ‘bantu juke’ style, a self-coined genre that mixes Chicago juke with elements of techno, hip-hop, house, UK bass and her Liberian roots in her Revolution In Progress mixtape and "Bantu Juke" single. Watch Karima 2G's music video for "Refugees" below.