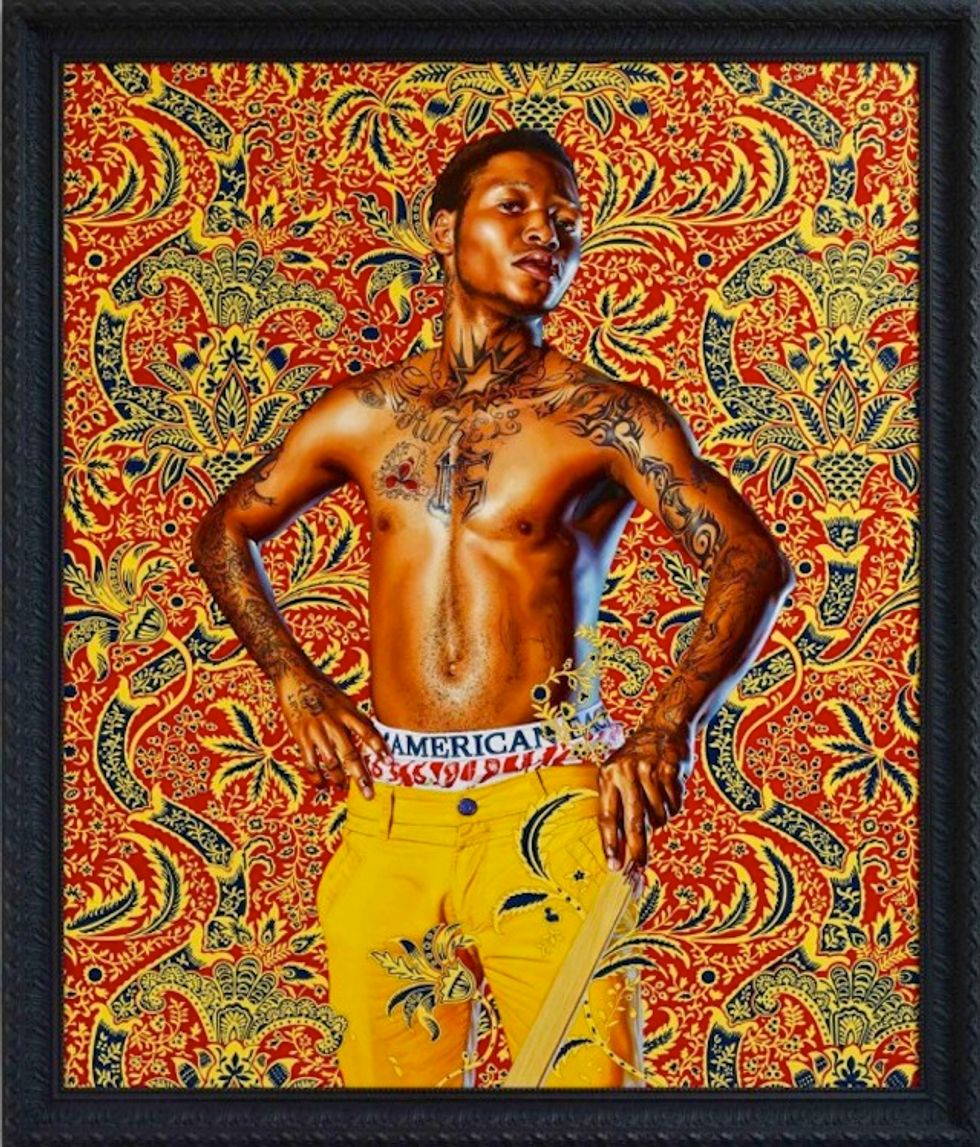 Our Caribbean family over at LargeUp recently dove into OkayafricafavoriteKehinde Wiley's latest exhibition The World Stage: Jamaica, which launched this week at the Stephen Friedman Gallery in London. For his latest series, Kehinde took his classic nobility portraits of modern young black men to Jamaica,

"a place where moggling is a sport — [that is] perfectly suited to Wiley’s method, in which he casts for models literally on the street. The World Stage: Jamaica also differs from many of Wiley’s previous exhibitions in that it features a mixture of women and men— perhaps an acknowledgment of the assertive role females have always played in Jamaican society and public life."