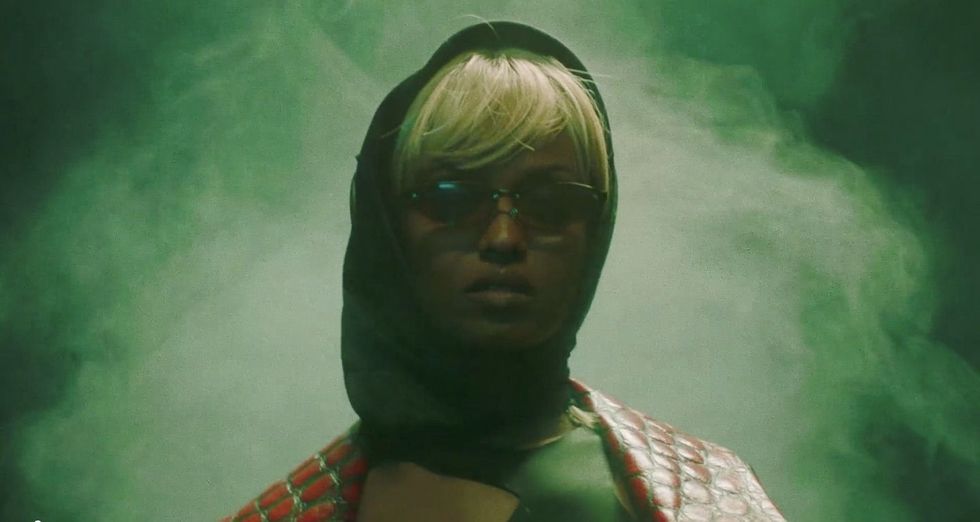 The energetic video begins with the singer offering chic, "90s it-girl" looks as she enters a packed club in a shiny blonde wig and statement frames. The singer dons fiery red tresses for a dance number in a flashing hallway, before switching back to her signature locs during an all-white party. The singer gives us major hair and style inspiration in just under four minutes.

The song sees Kelela asking for transparency in a relationship atop synth-filled, dance production.

"The song is directed at a man who's being weird instead of being honest," she told the Fader.  "Does casual have to be careless? Is wifey the only woman who deserves your respect, and why do you think I want more when I demand it? These are my questions."

"LMK" is the first single, off the singer's upcoming debut album, which is due out October 6.

Watch the video below.