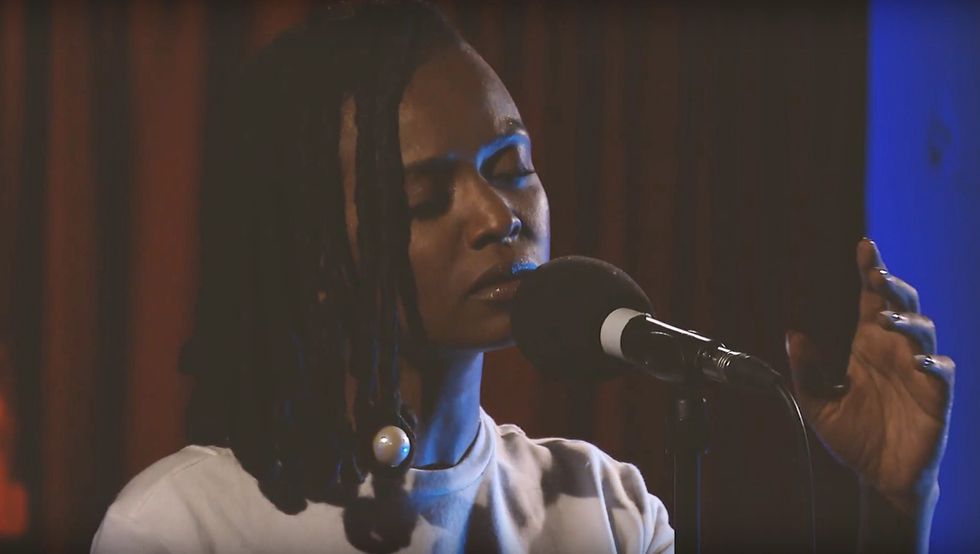 Kelela is having a moment.

The Ethiopian-American singer dropped her much-anticipated album Take Me Apart last week, and she's the current Fader cover star. In her cover story, the singer spoke candidly about how black artists aren't afforded the same space to fail as their white counterparts—as you can see, this woman speaks the truth.

Last night the artists made an appearance on BBC Radio 1's "Piano Sessions," where she delivered a sultry cover of Sade's 1992 song "Like a Tattoo" from her acclaimed album Love Deluxe. Kelela certainly does the track justice.

Watch her performance below, and check out our full Take Me Apart album review.