5 Kenyan Metal Bands You Should Check Out 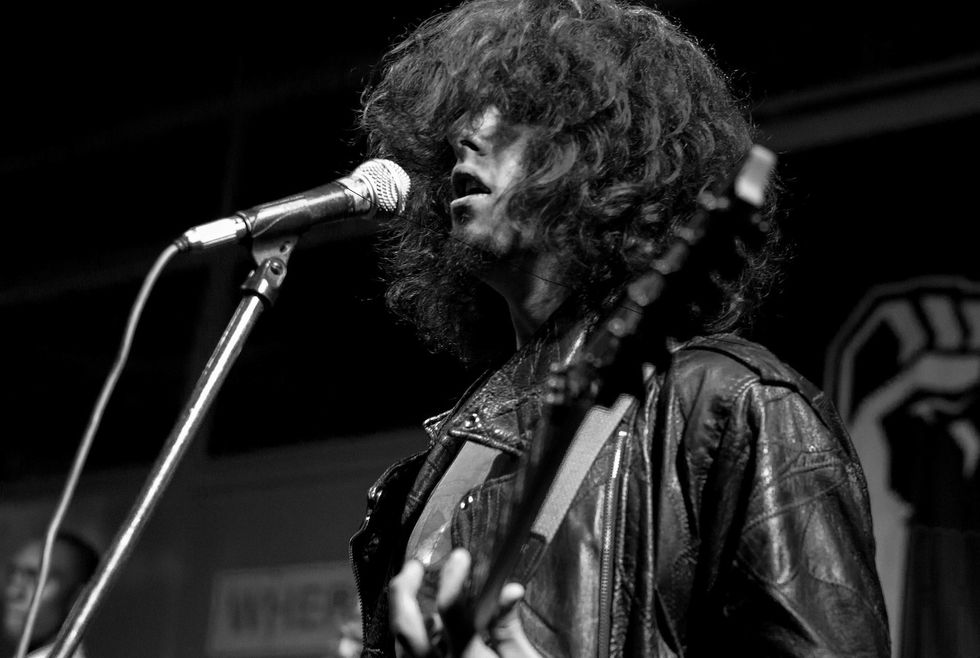 The best of metal doesn't need all of the big recognition. Real metal is played in basements, under leaky tents and in warehouses. That's due to true metalheads, the truly committed fans chase the next head bang as the next high.

Nowhere does that real spirit of heavy metal ring truer than in Kenya's hard rock scene. The hardcore metal heads in Kenya are committed, fiercely loyal and rock harder than just about anyone on the continent.

Sometimes all you want is a metal band without any frills or bullshit attached. That's Last Year's Tragedy in a nutshell: rock for hardcore headbangers, not for those who'd whine about catching an elbow in a Nairobi mosh pit. The band has been steadily hitting the Kenyan heavy metal circuit and growing their circle of followers since their founding in 2006. That kind of longevity has produced a loyal contingent of fans who always know they're in for some driving guitar and in-your-face lyrics when Last Year's Tragedy is taking the stage.

Check out their 2015 video for "March From The Underground."

The music coming out of Nairobi band Kanyeki is something you have to give your ear to. Known as the 'Kikuyu Rock Guru,' their lyrics definitely help to embody the sound coming out of Nairobi. They frequent the basement music haven of 'The Blues' in downtown Nairobi and are starting to make a name for themselves in the East African metal scene. This is definitely a band to be watching out for in the years to come.

They're definitely worth a serious listen, and you can dig on their unique Nairobi twist with videos like Murata and Ndingihota Gutariria.

One could easily argue that RASH is the biggest, baddest and best metal band out of Nairobi right now. Theirs is a no-frills, no bullshit style, hitting hard and keeping at it. Lead singer Sam Mwangi has a voice that seems to be tailor made for a rock front man. RASH is a frequent headliner of Nairobi rock festivals and are expanding their loyal contingent of metalheads, one headbanging anthem at a time.

Simply put, to not nod for Nairobi being the rock capital of Kenya (and probably East Africa) would be to miss out on one of the best niche rock scenes would be a huge mistake and RASH seems to be poised to keep leading that wave into the future. One needs to look no further than their 2016 video ' Msafiri' to see how hard they hit.

Lust of a Dying Breed

Bands who can pull off speed metal are modern-day musical high-wire artists. They seem to be raining in the chaos and using it to propel the sound forward. That's what Lust of a Dying Breed is able to consistently pull off: hard hitting metal played at an utterly break neck speed.

They've become one of the mainstays of the Kenyan metal scene and you don't have to look further than this Soundcloud playlist of some of their heaviest jams to get your face blown off. There jam 'Cat of Nine Tails' is a face-melter that shouldn't be missed.

Irony Destroyed is one of those bands that just seems to be gigging all the time. They can be found at almost any rock or metal festival in Kenya, bringing their brand of ultra-intense metal-core to the forefront. Simply put, their sound is utterly unrelenting and brash and with the over-the-top intensity of a band with the chops to back it up.

They released their debut EP in 2017 and have were one of the bands that brought down the house at the 2017 Nairobi Metal Festival. True headbangers will appreciate the decadently intense guitar work on their 2017 track "Dissolving A Bully." Check out their EP below.