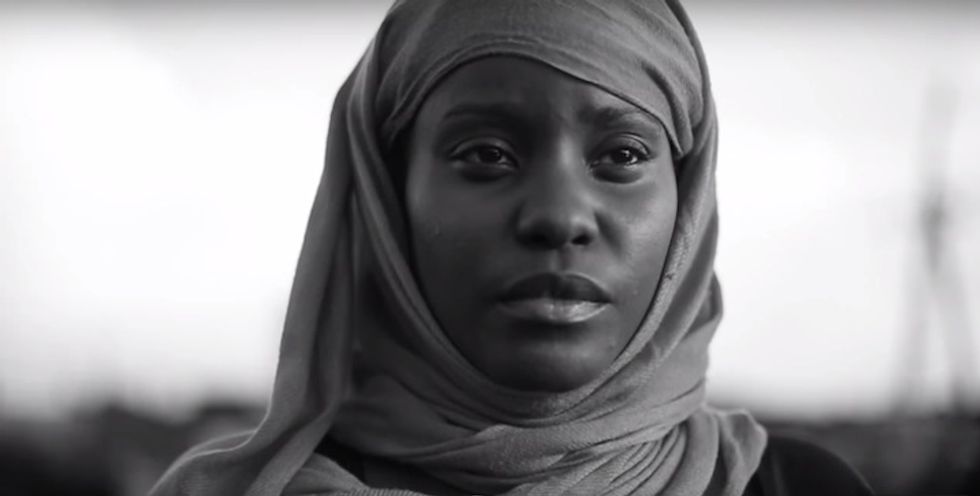 Under the pseudonym Abstract Omega, Kenyan filmmaker and director Dan Muchina creates short films and visual mood-pieces that reflect his experience growing up in Nairobi. His latest mythical film drama, Monsoons Over The Moon, tells the story of a street gang known as The Monsoons who have escaped an oppressive dictatorship set in post-apocalyptic Nairobi. The gang seeks to awaken young people in order to liberate them from the system within which the masses have been placed.

The story is told from the perspective of those most oppressed by a dictatorial system that has shut down the internet, making the written world exponentially more important. Shot in black-and-white, the film stands outside of a perceivable time, yet touches on political themes relevant to Kenya today, including surveillance, mass incarceration, and the effects of capitalism.

According to Dynamic Africa, Abstract Omega says “[his] motivation for the script was based on [his] own experiences of living in Nairobi and witnessing the grim reality that is mostly kept out of the news and swept under the rug. [He] was compelled with the intention to shine light to this reality.”

Watch part one of Abstract Omega's Monsoons Over The Moon below.