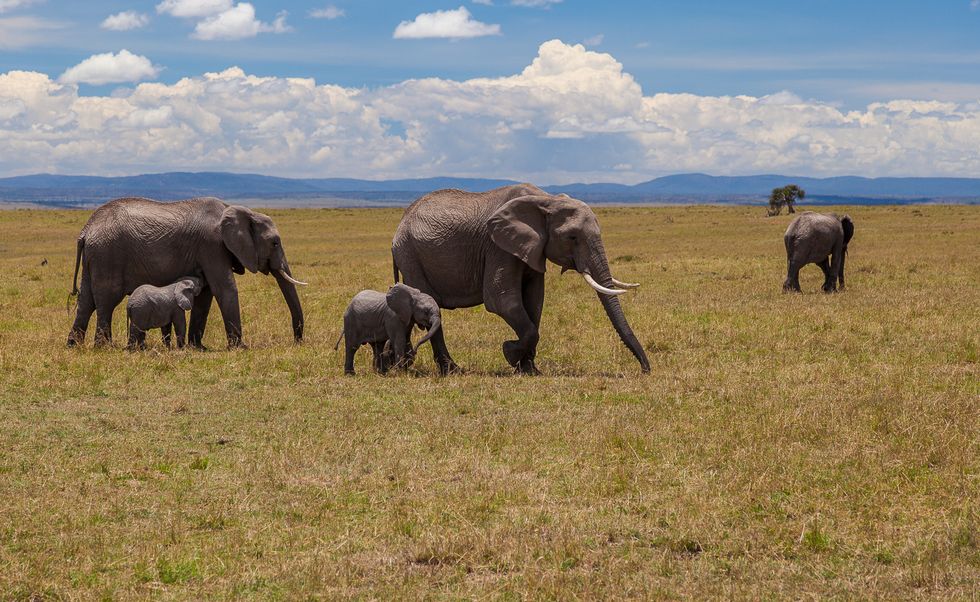 More than 100 tons of ivory were set ablaze in Nairobi this past Saturday for the first time since 1989.

This past Saturday in Nairobi National Park, President Uhuru Kenyatta, heir to one of Kenya’s largest fortunes, threw a torch into a bundle of very expensive ivory tusks. Despite rain that pounded Nairobi and caused severe flooding that took at least 10 lives, the damp ivory quickly caught fire. The ivory, 105 tons of elephants tusk and 1.35 tons of rhinoceros horn, although claimed by President Kenyatta to be worthless unless it was on the body of an elephant, had an estimated value of over $100 million.

The last time ivory was burnt by the Kenyan government was in 1989.

In the past few decades, elephant and rhinoceroses populations have decreased dramatically due to aggressive and increasingly militarized poaching operations that have been fueled by the large financial pay off for the poachers. Poaching has taken a devastating toll on the Northern White Rhino, of which only three are left. Although ivory prices have recently dropped due to governments clamping down on the trade, a kilo (which is 1,000 grams and easy to remember) is still worth about $1,100.

Saturday’s ivory torching ceremony was the largest in history. The tusks came from around 7,000 animals.

President Kenyatta, who is the son of Kenya’s first president Jomo Kenyatta, wrote so passionately about the plight of threatened animals in an editorial published by the Daily Nation he might have forgotten about post-election violence that took the lives of around 1,200 people. He was accused of stirring the incident, but the International Criminal Court at The Hague dropped the charges.

In the editorial, Kenyatta said:

On Saturday, I will set ablaze more than 100 tons of ivory. It will be a pleasure to burn it and do my part to destroy any possibility that poachers and their accomplices might benefit from the slaughter of Kenya’s elephants.

I do not need to tell you that our elephants are perhaps the most striking part of our continent’s natural heritage, that they show great intelligence and emotion, or that they live in large, graceful families.

But I do have to emphasise the dangers they now face: Across Africa and in the past decade or so, the herds have been besieged by a new generation of poachers, who are armed with new weapons and connected to vast new markets across the world.

The results have been catastrophic: there are probably half as many elephants in Africa today as there were a decade ago.

If that does not change, our children will be the first Africans in 10,000 years to grow up in a continent without these beautiful animals.

In other animal (more positive) related news, 33 lions were rescued from circuses in Colombia and Peru. The operation came on the heal of new legislation that banned the practice of using the lions, many of whom suffered injuries during their time in captivity. The lions were airlifted to their new home, arriving this past Sunday, to the South African Emoya Big Cat Sanctuary in Vaalwater, north of Johannesburg.