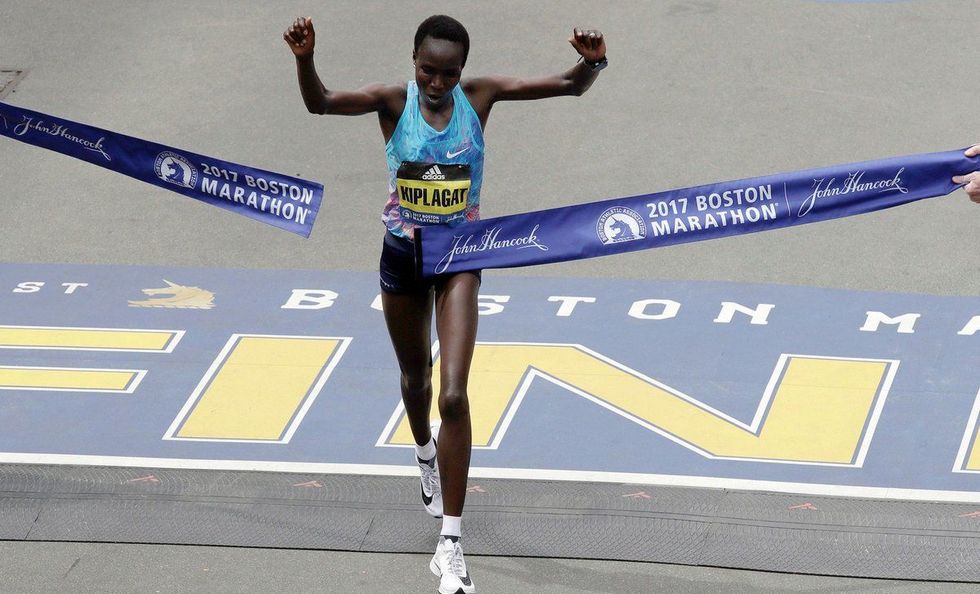 Kenyan runners Geoffrey Kirui and Edna Kiplagat both take first place in their respective races for the 2017 Boston Marathon.

The results for the 121st Boston Marathon are in—and Kenya takes first in both the men and women's races.

Geoffrey Kirui won with an unoffical time of 2 hours, 9 minutes and 37 seconds, pulling away from American runner Galen Rupp with about two miles to go, according to USA Today.

Edna Kiplagat made Boston Marathon debut and took the women's race in 2 hours, 21 minutes and 52 seconds. The Kenyan policewoman pulled ahead of Rose Chelimo of Bahrain in the Newton hills to win by 59 seconds. Kiplagat adds this to her wins in London, New York and Los Angeles.

"When I was running, my body was feeling good, Kiplagat says to the Associated Press. "I tried to push more, hard and I saw my (rivals) were not picking up the pace."

Your women's champion of the 2017 Boston Marathon, Edna Kiplagat! pic.twitter.com/GRW0uhYHV4