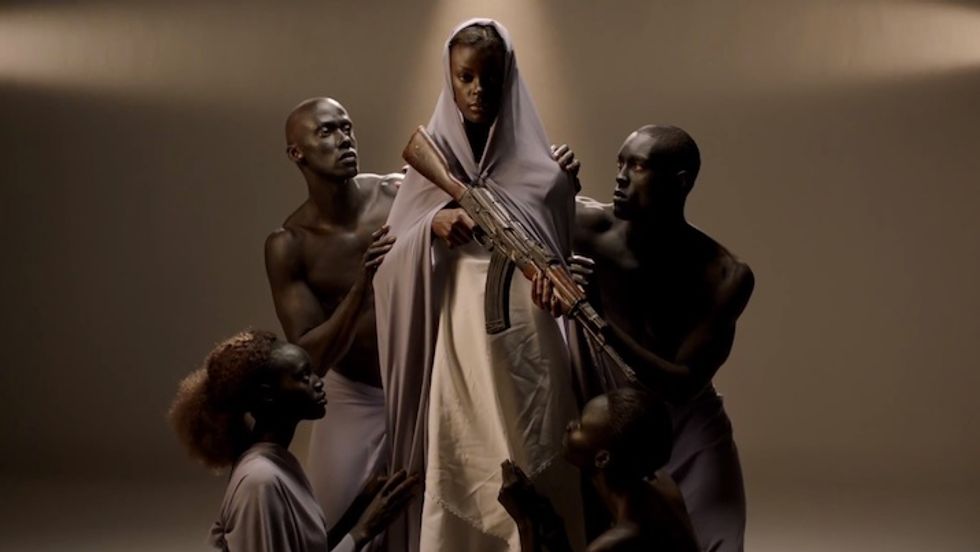 On October 28, 2013, South African rapper Khuli Chana was shot and wounded by two South African police officers in a case of mistaken identity outside a petrol station on the N1 in Midrand. The case was subsequently withdrawn in September 2014 and resulted in the officers apologizing to Chana outside a Randburg courtroom. On the one-year anniversary of the shooting the Mafikeng-born emcee shared a personal reflection in the form of "9 Shots," a song that tells the story of Chana's journey from anger to forgiveness in the aftermath of the shooting. "All I can remember is bullets flying," he says as the track opens with the sounds of sirens and news reports. "I saw my life flash in front of my eyes. Getting on that stage and rocking the mic again, getting love from the fans, gave me that will to live. It taught me that life goes on."

Released this week, the "9 Shots" video is a nightmarish clip directed by Cape Town's Kyle Lewis, the Arcade Content filmmaker who previously drew backlash for his intentionally offensive vision for Tumi Molekane's "In Defence Of My Art." Chana's PR has asked viewers not to perceive the song and its visuals as an attack on South Africa's police. "Instead," their note reads, "it should be seen as Khuli Chana’s artistic attempt to visually and sonically express the plethora of emotions he felt as a victim of an accidental shooting that almost ended his life prematurely and the subsequent media furore that saw his name needlessly drawn through the mud through a series of false allegations and countless media headlines." Watch Chana's "9 Shots" video below. For more, see the Motswako Originator's Day Out In NYC with Okayafrica TV-- his first time opening up on camera about the shooting.