Kid Tini Explains How His Beef With A-Reece Started: “I’m Competitive by Nature” 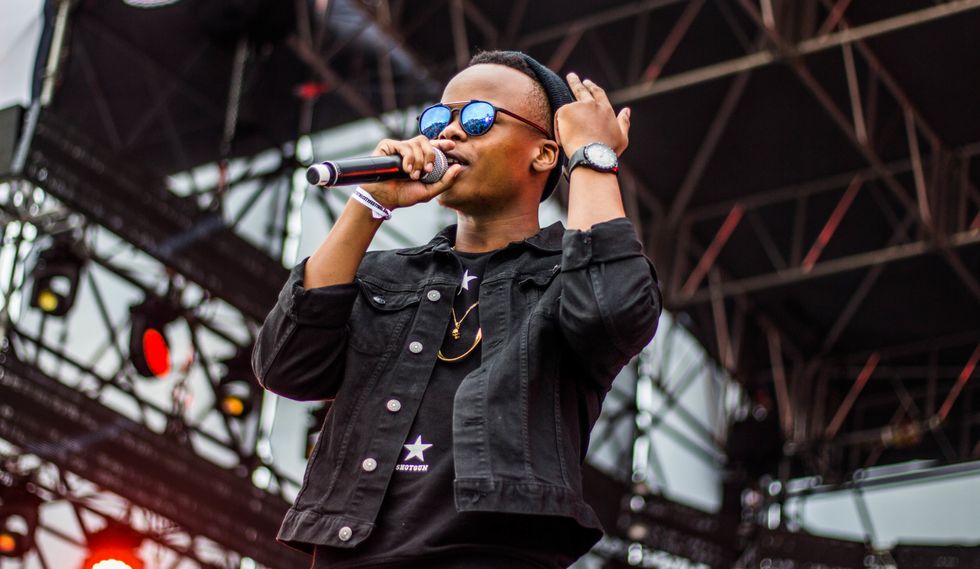 Kid Tini tells LootLove and Speedsta how his beef with A-Reece started.

Kid Tini, one of South Africa's most promising young lyricists, released the video for "Movie" a few days ago. On the song, Kid Tini raps, "I heard a lil birdie chirp a lotta shit/ But fuck a wannabe Toronto counterfeit," which is clearly a shot at A-Reece, who is a Drake fan and has been accused of sounding like the Toronto artist.

Hip-hop fans have already picked up on the beef, with some accusing Tini of using Reece's name for attention. Others are even accusing Ambitiouz Entertainment, the label Reece left last year, and one that Tini is signed to, of setting the two rappers up against each other. Tini has been throwing subliminal shots at Reece for a minute.

On the video for "Movie," Tini, in what could be the pettiest move of 2017, visits A-Reece's hood with some of his Ambitiouz Entertainment gang. "They think I wouldn't pull up in the city. This is me showing that I'm comfortable bro," he says on the video. Towards the end of the video, the rapper visits a stadium in Reece's hood, and says, "On God, I'll probably fill up this place first, before that n*gga does."

Speaking to DJ Speedsta and LootLove on Metro FM, on the show Absolut Hip-Hop, Tini explained where the beef started.

"I'm a bit competitive by nature, and with rap, hip-hop in general, it's a competitive sport, that's what happens—stuff like that pops up."

He got more specific:

"Reece dropped a song, a couple years back, and he was talking some ballsy stuff on the song. And we from the same place—well I lived in Pretoria for a young. So when I heard that, he was talking about 'I'm the dopest in the city,' whatever, I felt like that was a lie, so I stepped up, and I rapped on that beat."

The song Tini was referring to is a song A-Reece released in 2015 titled "Got God Us." Kid Tini's response was called "If The Shoe Fits."

So... bassically... im correct in assuming that @KidTini #Movie was clap at @reece_youngking right?

If so... Can anybody thread the beef out for me!
Like, Who shot at who first?
Who dropped what when?
Who said what where & why?
I need everything about this beef!

During the interview, Tini told Loot and Speedsta, he has bumped into A-Reece, and nothing happened. This was after the two radio personalities expressed their concerns with the beef possibly getting physical, the way AKA and Cassper Nyovest's beef did.

Listen to the whole interview Tini had with LootLove and Speedsta below. He also talks about the Pretoria hip-hop scene, his upcoming album and his respect for Ginger Trill, PDot O, and other fellow PTA emcees, among other things.