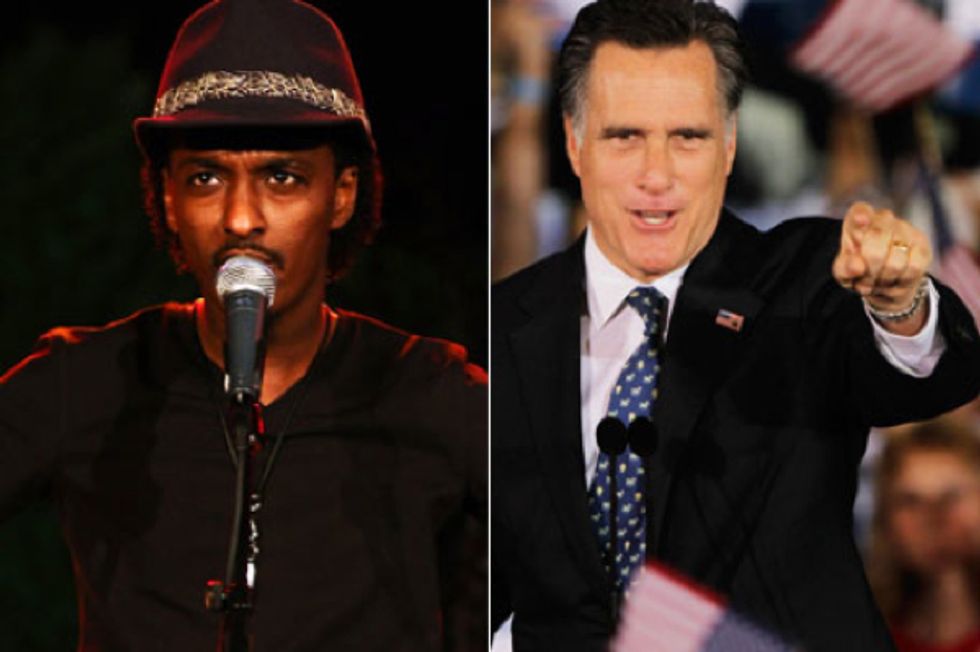 Republican presidential candidate Mitt Romney has been using K'naan's global hit "Wavin' Flag" (above) throughout his campaign tour, seemingly in honor of the ol' red white and blue. The incidence prompted K'naan to release a statement yesterday saying:

"I have not been asked for permission by Mitt Romney's campaign for the use of my song. If I had been asked, I would certainly not have granted it. I would happily grant the Obama campaign use of my song without prejudice."

Romney's camp claim the song was used through the campaign's regular blanket license but, out of respect for K'Naan's statement, won't be used again. Chapter closed. Still not as bad as Ronald Reagan's complete misinterpretation of Bruce Springsteen's "Born in the U.S.A."