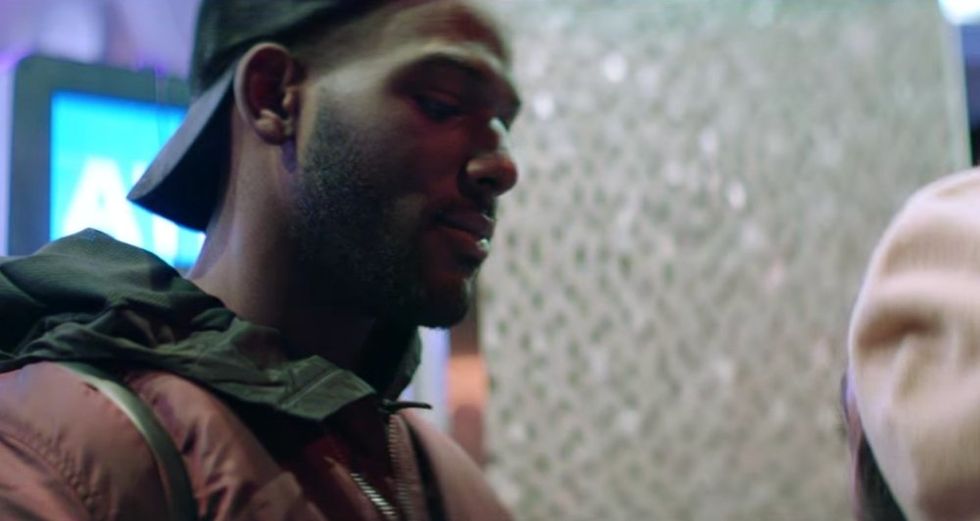 In the short documentary "What the Fuck Is Mental Health?" the Ghanaian-American actor addresses the taboo around mental health in the black community.

Though the conversation continues to expand, mental health remains a taboo subject in the black community. As a result, working to deal with mental health issues while black can add another layer of complexity. Often, black people lack the same level of access to resources to address such issues as their white counterparts.

This is the very issue that Ghanaian-American actor, Kofi Siriboe seeks to tackles in his new documentary What the Fuck Is Mental Health?

In the four-and-a-half minute piece, a group of young black people speak openly about their battles with mental health, and express how they're taking steps to overcome it.

Siriboe told the Huffington Postthat he felt inspired to make the piece after he began working on the hit series Queen Sugar.

Making WTF Is Mental Health? has been a part of a healing process for me, one I'm still exploring. It's the companion piece to Jump, a short film I made after a mentor and big brother figure died by suicide, just before I got the call that I'd been cast in Queen Sugar. I started working on this beautiful, emotional show and felt how liberating it was to channel my fears into art. As I began to mold Jump, I realized the true conversation I was craving centered on young black people who are figuring out this mental health thing, too.

He says the piece is about providing a platform for black people to be able to relay what's going on in their heads, and express their feelings on their own terms.

Everybody doesn't have that language and doesn't understand that there is a community or world out there of people who are dealing with similar things, so I really want to explore what it is and what it means to us. A lot of our project is just asking questions, and I think with the questions they're able to give us answers and able to define these definitions for ourself rather than what we're accustomed to being told.

The piece gets at a topic that affects so many of us—it's definitely worth your time. Watch What the Fuck Is Mental Health below.