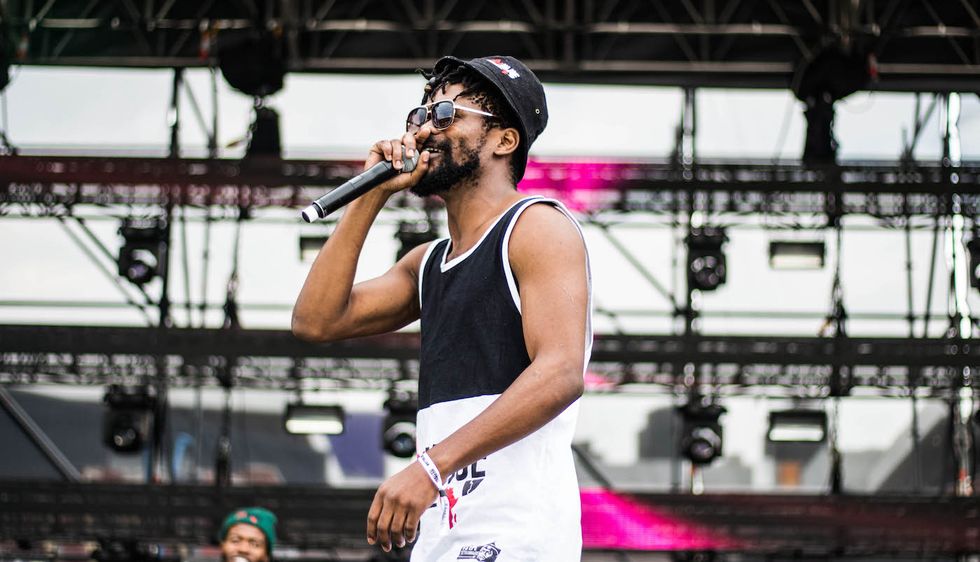 The music on renowned Lesotho rapperKommanda Obbs' latest single "Mabelebele" is largely inspired kwaito. For his vocals, the rapper opts for a more melodic style on the track.

If you are educated enough to understand SeSotho, you'll appreciate how Obbs eloquently expresses his sentiments of favoring Afrocentricity over western standards.

The word "mabelebele" refers to an indigenous wild berry found in many of parts of southern Africa. Says the rapper, "In the SeSotho dialect, [the word] has been conceptualized, particularly in folk songs, to refer to the perceived standards of the good life and or materialistic values associated with it along cultural lines."

On the song, Obbs speaks of Western mabelebele ("Mabelebele a sekhoa"), emphasizing how much people are easily fooled by "the glitz and glamour, bling bling and fly by night trends that are here today and gone tomorrow."

"The Western dream," says the artist, "places more emphasis on the goal than the appropriate ways of attaining it and people today across cultures have been intimidated by and persuaded to the life."

On "Mabelebele," Obbs makes it clear that he's about the African dream. He is "here to stand his ground and never to dumb it down nor be influenced by shallow trends."

As per Obbs' wont, the drums on "Mabelebele" knock hard, and his SeSotho crooning sits well over the minimal production.

For more read On The Map: Maseru's Hip-Hop Scene