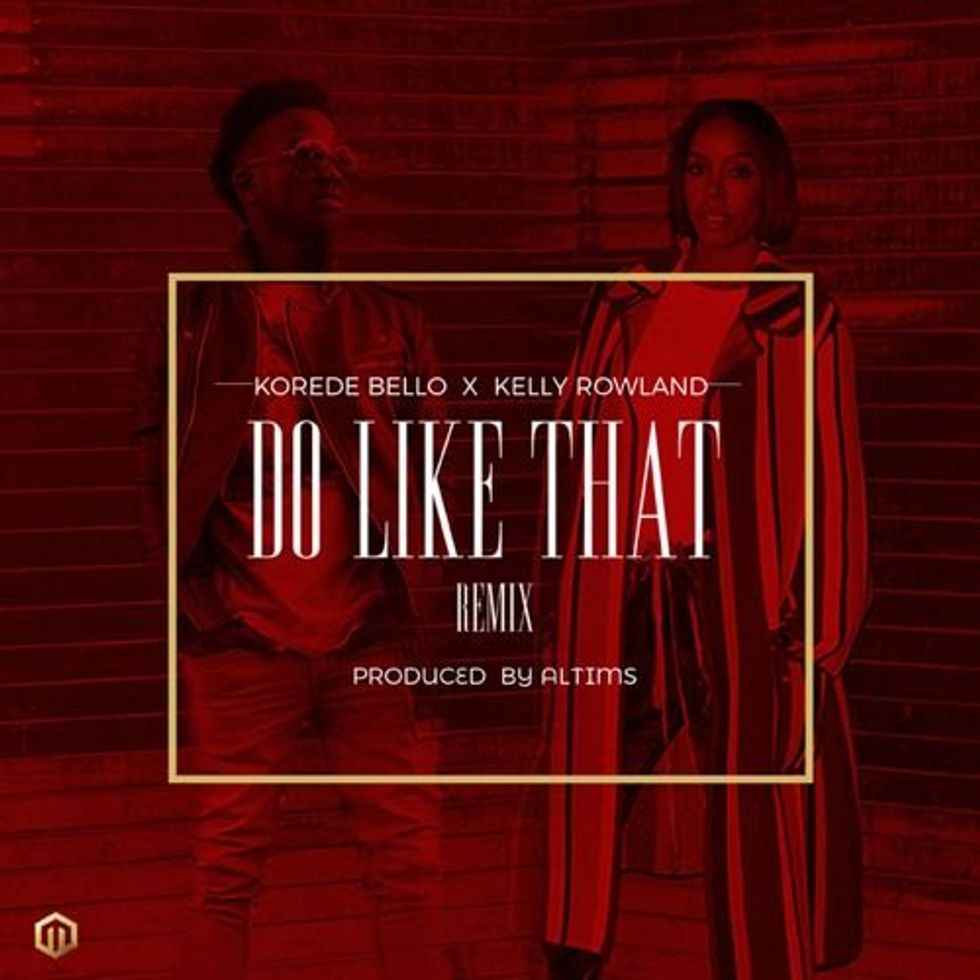 Kelly Rowland's remix of Korede Bello's massive hit "Do Like That," out ahead of the release of his debut album.

There was a time when a rumoured collaboration between a Nigerian and an American artist was sufficient promo for the “local" market even if it doesn't materialise.

Now, a Davido and Meek Mill song is impressive rather than groundbreaking, and a Wizkid and Drake world-conquering “One Dance" appears to be just the start of afropop domination, or dissemination to say the least.

That said, Kelly Rowland is a Destiny's Child and this class association adds good value to “Do Like That," Korede Bello's massive hit, as he prepares for the release of his debut album..

A less confident Bello would've probably put Kelly Rowland on the first verse of this remix, as her name is the more recognisable of the two, especially for the international market, which is surely a main aim of the feature.

But Bello starts things off here, reprising his verse from the original before Rowland jumps in.

She thankfully doesn't use any pidgin or any unconvincing overtures to afropop fans who have propelled “Do Like That" to close to 16 million views on YouTube—a figure that perhaps would have been double but for computer access and broadband strength in many parts of Nigeria. Can't speak for the continent.

What Rowland brings is solid R&B accreditation in her always unshowy but competent singing. Bello's sweet singing voice will forever be a winner which—added to his good looks, mild manners and pseudo-Michael Jackson moves—will continue to endear him to his bellovers and the many to come. He's also a Mavin, a record label that's become synonymous with top-class music.

The age gap between Bello and Rowland might not make for a convincing fantasy pairing, but then, neither did it hinder “Romantic" with Tiwa Savage from becoming a hit—even though it was a harder sell considering the title.

Altim's beat hasn't changed either for this "Do Like That" remix, but then how could he have improved on such a stellar beat?

The break, about two thirds of the way in, where it disintegrates into what was once called 'chopped and screwed' before evolving into a trap beat, is truly well done. And of course those sax riffs bring all kinds of breeziness to it.

Rowland's feature might bring real pedigree to “Do Like That," but what has been clear from that start is that Bello is a star. Just how global he could become is what remains to be seen.