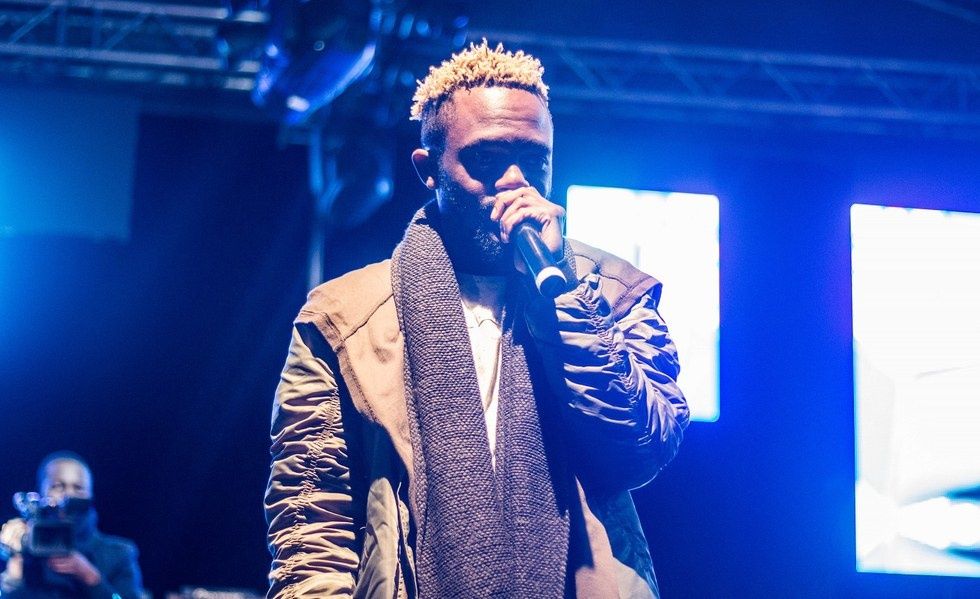 Even though he dropped only one single, Kwesta was present in the game through countless features.

Kwesta walked away with six trophies from the South African Hip Hop Awards and topped the annual MTV Base Hottest MCs list. The MC has had an explosive couple of years off the back of the second installment of his DaKAR trilogy. His solo work has provided the impetus for a sustained stronghold on the South African hip-hop game.

Kwesta's raspy voice has been as central to his appeal as his potent blend of house, kwaito and hip-hop. It's a strategy that's proved fruitful with him having a hit over the past 5 summers. His run began in 2013 with "Boom Shakalaka" and continues with his latest single "Vur Vai". In between those, two of his biggest songs were the Cassper Nyovest-featuring "Ngud" and "Spirit" which was graced by Wale.

Kwesta has also had a great brand partnerships becoming the face of Telkom's "Z'khipha More" campaign, releasing a sneaker collection through Urban Art and partnering with Heineken. Even a cursory glance at his positioning shows how much he privileges partnerships he can leverage for both instant impact and longevity. It's no surprise then that this year his constant appearances on the charts have been achieved through collaborations.

We take a look at 10 important collabs that helped keep Kwesta top of mind:

Mlindo The Vocalist has had quite the unexpected breakout year. His track "AmaBlesser" caught a spark and caused a wildfire. On "Macala" he links up with Kwesta and Thabsie who'd previously combined on the romantic "Ngiyaz'fela Ngawe". This wouldn't be the first time Kwesta has linked with a talented singer with buzz having worked with Kyle Deutsch. He most recently makes an appearance on Bucie's "Thando Lwethu," racking up his guest verses on love songs.

The mark of any artist with an eye on their legacy is their willingness to work with artists of the generations that come after them. After mentoring Dee XCLSV on Vuzu's rap competition show 'The Hustle,' Kwesta collaborated with the Rustenburg-bred artist. "Flex Life" was the result of Kwesta's promise to collaborate with the budding Punchline Music rapper. It's a great song and it keeps him in conversation with a younger audience.

Speaking of legacy Kwesta is included in this song that bridges 4 distinct eras of South African Hip Hop. Being recognized as a representative of his generation is a huge symbolic gesture to receive from Stogie T. The content of Kwesta's verse takes cognizance of this, switching between the advice-offering OG and braggingly reminding us of his status. He's more than earned that right having grown into a label co-founder since his formative years under Buttabing.

From working with an OG in one genre to doing so in a completely different one, Kwesta links with the legendary Vetkuk and Mahoota. This song is a banger and suits the party anthem route Kwetsa has consistently pursued. Working with mainstays in the SA music industry means Kwesta can tap into their dedicated fanbase and he definitely will as the summer picks up steam.

Kwesta's ability to make forays into different genres could be his greatest strength. That and his voice of course. He's comfortable on the tracks that get the most attention with the South African audience seemingly inclined towards dance music. His versatility on these kinds of songs is an ace up his sleeve. He's happy to adjust, stay interesting and maintain the same persona regardless of the genre he's operating in and that's evident on "Visa".

Kwesta proves his versatility on this electro-pop record. It's a smart move to venture into untested waters but managing to walk on the surface of them is Kwesta's spillion. This not only proves Kwesta's collaborative abilities, but positions him uniquely amongst his peers. He seems as at home on a synth-pop song as he's proved to be on kwaito, house, gqom and trap ones. That's commendable.

After linking up on Kwesta's "Mayibabo" to great effect back in '16, Maphorisa continues the relationship on "Oncamnce'. Maphorisa's eclectic sound is an important one, and having ties with such a producer helps Kwesta sharpen his skills. Maphorisa has provided some of the most memorable production of the past couple of years and his ear for melody and continental-wide appeal is something we should expect this pair to take advantage of soon

Someone else with continental appeal since "All Eyes On Me" and now "Fela In Versace" is AKA. In what was a mouth-watering prospect the two rappers linked on "Magriza". Part of the suspense was wondering what kind of sound these two would go for having last teamed up on Kwesta's "Day Ones" in 2016. "Magriza" is straight bars and delivers what a large section of fans wanted from AKA. It served as a timely reminder of where these two juggernauts of hip hop started, before the inevitable crossover appeal.

"Skebe Dep Dep" is another track Kwesta used to keep in touch with his core fan base. It's a straight up posse cut grouping rappers worthy of the 'MC title' alongside each other. The old adage of feeding the charts then feeding the streets is the best prism to see such songs through, and it's a strategy that Kwesta has paid attention to. Kwesta's brilliance is how he adapts to every environment, genre aside. He comes up with the goods on a lot of his verses and this is one of them. He balances his commercial and artistic demands so well it's awe-inspiring. He's a great artist but he's still the hardest MC. This is how you make a veteran dance!

Sho Madjozi's eclectic style and colourful personality make her an interesting collaboration, even for Kwesta. On "Wa Penga Na" they both absolutely knock it out the park alongside Makwa. The track has a groovy bassline and is airy enough to let the hook take center stage. This is Kwesta at his most potent, he spits a solid verse and helps deliver a catchy hook. This is poised to be a summer smash and promises to keep Kwesta charting through 2019.

"Wa Penga Na" combines a lot of the qualities Kwesta displayed on the tracks above: he chose a fun song, maintained his character, rapped a great verse, employed a catch melody and did it with a young artist about to take the world by storm. When it comes down to it great rap artists make great choices; whether it be beat selection, diction or flow. Kwesta consistently proves to have those under control. Most importantly, though, he picks his collabs expertly.