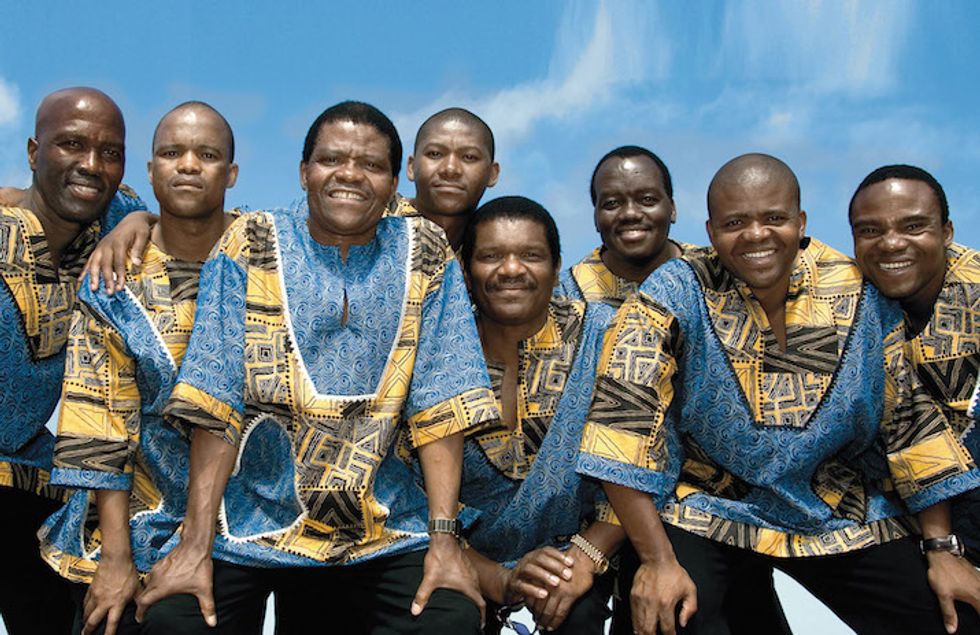 Ladysmith Black Mambazo are up for a remarkable 16th career Grammy nomination at Monday’s Grammy Awards (for 2015’s Music from Inala). The legendary South African choral group are touring the U.S. right now, and they’ll be stopping by New York City next Friday, February 19, to play The Town Hall (123 West 43 Street and 6th Avenue). South African bassist Bakithi Kumalo will open the show.

Okayafrica is offering up the chance to win a pair of tickets to see Ladysmith Black Mambazo live at The Town Hall in NYC on Friday, February 19. To enter, simply fill out the form below. Winner will be notified by email no later than Monday, February 16.