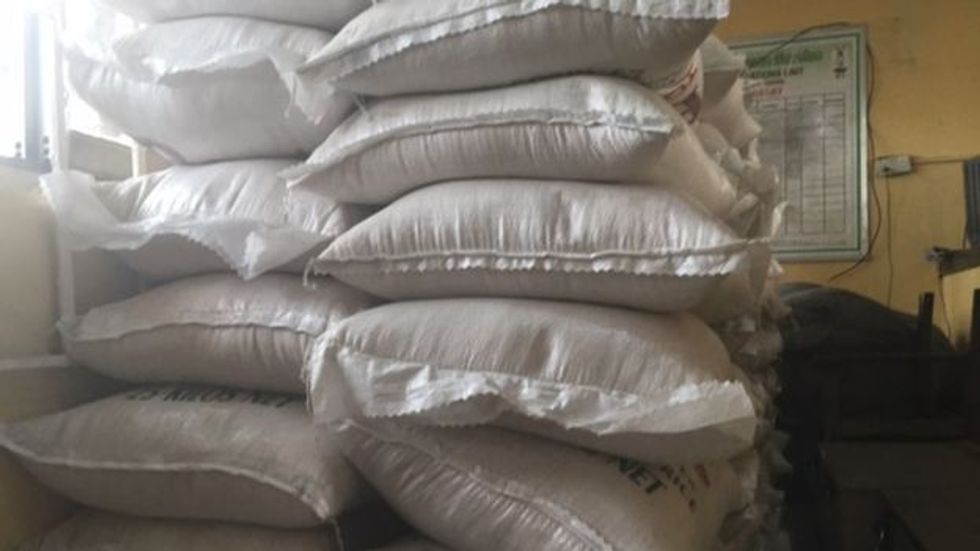 Nigeria's customs service confiscated 2.5 tons of plastic rice that got smuggled into the country by sketchy "businessmen."

The fake rice was meant to be sold in markets during the holiday season, according to customs chief Haruna Mamudu. 102 sacks in total with each weighing 55 pounds were seized.

"He said the rice was very sticky after it was boiled and 'only God knows what would have happened' if people ate it," BBC Africa reports.

Whoever made this fake rice did an exceptionally good job—on first impression it would have fooled me. When I ran the grains through my fingers nothing felt out of the ordinary.

But when I smelt a handful of the "rice" there was a faint chemical odour. Customs officials say when they cooked up the rice it was too sticky—and it was then abundantly clear this was no ordinary batch.

Customs officials are currently looking into how much of the plastic rice has already been sold, warning the public not to consume it as it could be dangerous.

Mamudu also called on "economic saboteurs who see yuletide season as a peak period for their nefarious acts to desist from such illegal" business activity.

All of that grammar to say, in other words—

'Tis the season to be trash and set your own fellow citizens up for poison all for money's sake.