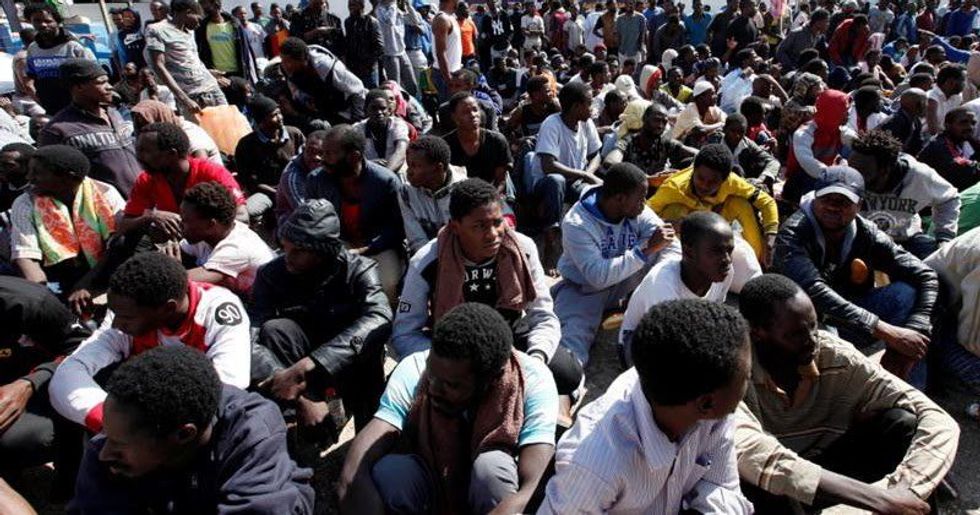 The European Commission seeks to resettle 50,000 refugees from various African nations through a new program.

The European Commission says that it has allocated $590 million towards the resettling of refugees from Libya, Egypt, Niger, Sudan, Chad and Ethiopia, to help discourage migrants from taking life-threatening trips through the Mediterranean, Al Jazeera reports.

On Wednesday, the European Union's executive branch shared its plan to resettle 50,000 refugees over a two year period by granting admission into countries that are part of the EU. The program was originally launched in 2015 during the height of the migrant crisis, but is now being extended to focus on refugees from a more expansive list of countries.

"We need to open real alternatives to taking perilous irregular journeys," said the EU's Migration Commissioner Dimitris Avramopoulos  during a news conference in Brussels. "Europe has to show that it is ready to share responsibility with third countries, notably in Africa. People who are in genuine need of protection should not risk their lives or depend on smugglers," he continued.

The European Union has already resettled 23,000 migrants—mostly from refugee camps in Jordan and Turkey—under the scheme.

The EU previously had in place a more controversial plan, which ended on Wednesday. Under the terminated scheme, refugees were to be relocated across EU states to help alleviate "pressure" on Greece and Italy. Approximately 29,000 out of the proposed 160,000 refugees were resettled in European countries under the plan.

The new plan does comes with some stipulations, however. According to Al Jazeera, European countries are not legally bound by the United Nations High Commissioner for Refugees to take in increased numbers of refugees, as each country decides resettlement numbers for themselves. Select nations retain the legal right to hold border checks for six months for security purposes.